The Fatal Tesla Crash and the Risk of Autonomous Cars 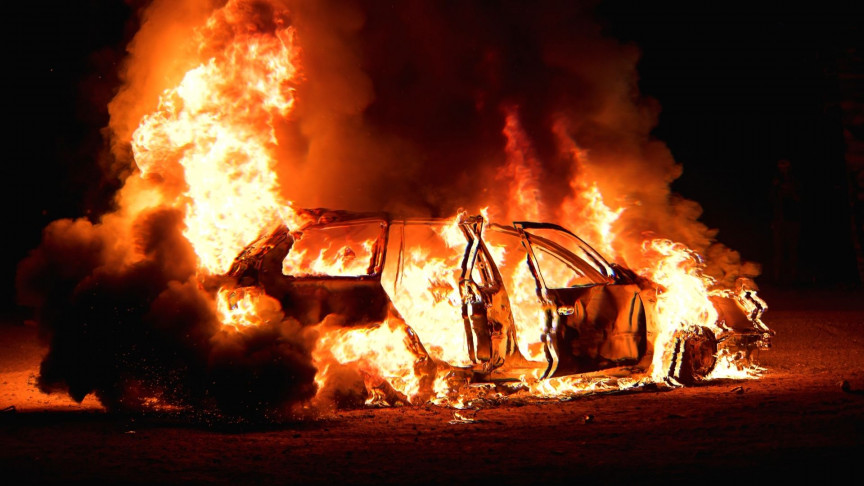 Last weekend, a Tesla Model S crashed near Houston Texas, killing two occupants and prompting regulators to launch an investigation. The crash happened in an affluent Houston suburb, after the vehicle jumped a curb, smashed into a tree, and erupted in a fireball. The company’s stock dropped 6.5% in the media aftermath.

Notably, this isn’t the first time an autonomous car crash resulted in deaths, and even conventional, fossil-fuel vehicles without autopilot can kill. But since self-driving cars are likely to see an increased role in public transportation, we need to ask the question: are they safe?

Neither Tesla passenger died in the driver’s seat

The appeal of autonomous cars encompasses a broad spectrum of interests, but generally center around convenience and time management. To free drivers from the need to physically drive their vehicles, conventional automakers like Nissan, Mercedes, and Audi — along with new entrants like Google’s Waymo, Uber, and Tesla — are competing to build the world’s first fully autonomous and self-driving car. But before this can happen, a self-driving car needs to successfully perceive, think, and act — using a high-tech network of cameras, computers, controllers, and other equipment.

No car on Earth can do all of this — yet.

This means that even the most advanced autonomous car technology has strict requirements for its use — namely, the driver must be ready to resume control of the vehicle at any moment, should the road present a challenge too great for the self-driving system, or some other critical failure occurs. And present-day self-driving systems are certainly not designed for scenarios where no human occupants are sitting in the driver’s seat.

You read that right. After the four-hour fire from the Houston Tesla crash was finally put out by firefighters, Sheriff’s deputies who retrieved the deceased bodies were “100% certain that no one was in the driver seat driving that vehicle at the time of impact,” said Mark Herman of the Harris County Precinct 4, to a local news source, reported Business Insider. The officer said one victim was in the back, with the other in the passenger seat.

When it’s on, Autopilot keeps the vehicle centered in its lane, keeping a constant distance from other vehicles — but this doesn’t make them fully autonomous. Some tasks are automated, but the driver needs to remain fully attentive.

If Autopilot wasn’t enabled, Tesla did nothing wrong

However, on Monday, CEO Tesla Elon Musk said the car hadn’t enabled the Autopilot feature — which immediately begs the question: if Tesla’s Autopilot wasn’t driving, and no humans were driving, how did the car move at all? “Data logs recovered so far show Autopilot was not enabled & this car did not purchase FSD,” wrote Musk, about the vehicle’s Full Self-Driving mode.

Your research as a private individual is better than professionals @WSJ!

Data logs recovered so far show Autopilot was not enabled & this car did not purchase FSD.

Moreover, standard Autopilot would require lane lines to turn on, which this street did not have.

“Data logs recovered so far show Autopilot was not enabled & this car did not purchase FSD,” said Musk in a tweeted reply to a Tesla enthusiast confused by the ordeal. “Moreover, standard Autopilot would require lane lines to turn on, which this street did not have.”

This comes on the heels of previous Tesla crashes — which so far show nothing unusual, compared to how deadly conventional vehicles have proven to be. In Nov. 2020, a Tesla crash sent its battery cells flying through the air, sparking a house fire. But the driver was left unharmed. And earlier, in August, a father and daughter survived an unavoidable collision with an 18-wheeler while driving a Tesla Model S. This crash ripped the vehicle completely open, obliterating the vehicle but saving the passengers.

As of writing, the investigation into the recent Tesla crash is ongoing. But, while there are still many unanswered questions — like who or what was driving if the Autopilot feature wasn’t enabled and no one was in the driver’s seat — it’s premature to declare any autonomous vehicles as unsafe. One thing’s for sure: if self-driving cars are unsafe, the double-death in Houston will not be the deciding factor.