The 9+ Nastiest Items You Touch Every Day 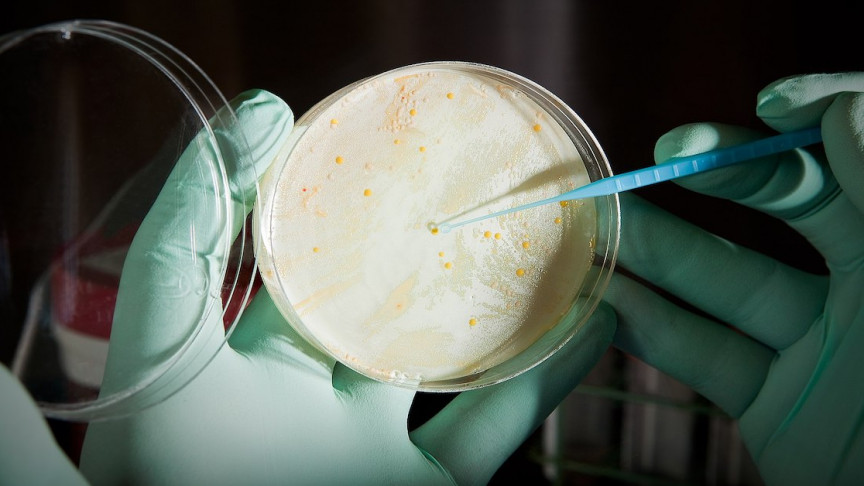 “Don’t forget to wash your hands!” You are probably tired of hearing this. Nonetheless, during these turbulent times, washing your hands is one of the best things you can do to prevent COVID-19. Throughout the day, we touch a huge number of things, both consciously and unconsciously, coming in contact with various surfaces and items filled with bacteria and potential viruses.

According to the Centers for Disease Control and Prevention (CDC), handwashing is one of the best ways to protect yourself and your family from getting sick. Researchers recommend washing your hands with soap and water for at least 20 seconds, or using a hand sanitizer with at least 60% alcohol to clean your hands.

History has shown us time and again that proper sanitation greatly reduces the chances of diseases spreading.

Even more, you should be aware of the surfaces that you are touching each today. There are objects that we come in contact with each day that are potential cesspools of bacterial terror. If you are concerned about contracting something unpleasent, you may want to start disinfecting and cleaning the following places.

You need to clean your cell phones

First up on this list is one of the most popular germ havens — the beloved smartphone. Millions of people don’t think twice about the cleanliness of their phones as they scroll through Instagram or take another phone call. Americans check their phones an average of nearly 50 times per day, according to one study. Another recent study from the US National Library of Medicine National Institutes of Health found that up to 17,000 bacteria live on the phone of the average high school student.

“Because people are always carrying their cell phones, even in situations where they would normally wash their hands before doing anything, cell phones do tend to get pretty gross,” says Emily Martin, assistant professor of epidemiology at the University of Michigan School of Public Health.

This is another item that nearly everyone touches on a daily basis, especially those relegated to office cubicles or needing to travel with a laptop. A study from the Swinburn University of Technology in Australia confirmed the rather obvious and found that keyboards shared with multiple people have more bacteria than those used by one person. However, a separate team from Chicago’s Northwestern Memorial Hospital found that drug-resistant bacteria like MRSA and VRE can survive for up to 24 hours on the average keyboard.

What are some quick ways to kill germs that might be growing between your keys? Dampen a cotton swab with a little bit of isopropyl alcohol and clean around the keys. (Don’t get it too wet; you wouldn’t want to get moisture damage). You can also take a lint-free cloth dampened with your cleaner of choice and lightly swipe it over the whole keyboard area.

Car steering wheels are not as clean as you think

Think about this the next time you drive while chowing down on food: the average steering wheel has 700 bacteria per 1.55 sq inch (10 sq cm). Microbiologists from Queen Mary University in London did a study of precisely which parts of a car contained the most bacteria. Ron Cutler, director of Biomedical Science Degree Programs at Queen Mary University said “Most people clean their homes but many are neglecting to clean their cars and are driving round in vehicles which resemble a rubbish bin. A car is a perfect place for germs to breed, especially if you eat in it and leave litter or uneaten food around. To avoid potential health risks, it would be wise to regularly clean your car both inside and out.”

Kitchen sponges are as dirty as you expected

Given that kitchen sponges solely exist to clean up our messes, it shouldn’t be a surprise to find them on this list. However, the sheer volume of bacteria is staggering. A group of researchers from the University of Arizona found that 10 percent of the sponges and dishcloths they studied contained salmonella. And that’s just salmonella. Lead researcher Charles Gerba, a microbiologist with the university, said the moist nature of sponges and kitchen rags make them the perfect breeding grounds for bacterial growth.

One solution is to simply throw out and replace your sponges each week. To avoid being that wasteful, however, many researchers suggest throwing the sponge into a dishwasher or microwave to kill the bacteria.

You should throw away your kitchen cutting board

An equally dirty part of the kitchen that is often hastily cleaned are cutting boards. One research team found that there are 200 times more fecal bacteria from raw meat on a cutting board than there would be on a toilet seat. The general rule of thumb is to have two cutting boards — one for meats and one for vegetables — and to heavily disinfect the cutting board used for meats after each use.

Yes, your money is not as clean as you think

Lower-denomination bills get exceptionally grubby as they change hands more frequently than their higher-denomination counterparts. In the United States alone, a dollar bill can be in circulation anywhere from 4 to 15 years according to the Federal Reserve. Antibiotic-resistant bacteria like MRSA can even thrive on paper currency. Other pathogens include E-coli and Pseudomonas aeruginosa (which can lead to urinary tract infections). Oh, and that urban myth that most paper currency contains traces of cocaine? Completely true.

If paper money is dirty, just imagine how dirty the machines are that dispense it. A study conducted in New York City swabbed 66 of the city’s ATMs in both indoor and outdoor spaces. Researchers from the New York University Genomics and Systems Biology department found that most of the gunk on ATMs largely came from raw meats and foodborne mold. Don’t be too quick to assume indoor ATMs are safer. The study found no significant difference between the two.

“Our results suggest that ATM keypads integrate microbes from different sources, including the human microbiome, foods, and potentially novel environmental organisms adapted to air or surfaces,” said lead author Jane Carlton. “DNA obtained from ATM keypads may therefore provide a record of both human behavior and environmental sources of microbes.”

Bathtubs and showers should be cleaned weekly

There’s nothing quite as relaxing as a steaming hot shower or bath after a long day of work. Fizzy bath bombs, Epsom salts, and bubble bars — these products fly off the shelves because of the enormous popularity of simply taking a luxurious bath. However, the Global Hygiene Council noted that there are about 200,000 bacteria per square inch of the average bathtub. This includes E. coli, streptococcus, and staph infection.

Do you always dry out your shower or bathtub completely once you’re done? Probably not. NYU microbiologist Phillip Tierno noted that moisture breeds more bacteria when you’re not in the tub. Children’s bath toys are also notorious for gathering mold and bacteria. The air holes on plastic toys let bacteria and germs breed in damp environments.

Just avoid drinking fountains if you can

In populated urban areas, water fountains can be a blessing on blistering hot days. However, they’re far from sanitary. The most common bacterial types found in water fountains are three of the most dangerous: E-coli, legionella, and coliform. That’s on top of the various trace chemicals and metals found in the water. Poorly sanitized water often leads to stomach issues, diarrhea, and even pneumonia-like symptoms.

It’s even worse for elementary school water fountains. The United States’ National Sanitation Foundation discovered there were over 2.7 million bacterial cells per square inch (6.45 sq cm) of a drinking fountain. A separate study found that drinking fountains had a much higher bacterial count than the average dog bowl.

But maybe it’s a hot day or you left your reusable water bottle at home. If you absolutely must drink from a water fountain, let the water run for a count of five before taking a sip. This will at least bring fresher water through the pipes.

As you use your remote control for channel surfing, you may want to give some thought to this — because your clicker is covered in germs. NSF International found household remotes had Coliform bacteria, mold, and potentially the infection-causing Staphylococcus aureus. In hotel rooms, things get a bit worse. Scientists have detected that hotel room remotes host an average of 67.6 colony-forming units of bacteria per cubic centimeter.

Grocery carts should be wiped down

Think about how many people each day use grocery carts. However, that is not even half of the story. Researchers say that almost all of the shopping carts that we use while at the grocery store have traces of E.coli, because of frequent food contamination. In 2010, an analysis found traces of E. coli on shopping carts to such an extent that the researchers called it a serious threat to public health.