The 5 Worst Years in Human History 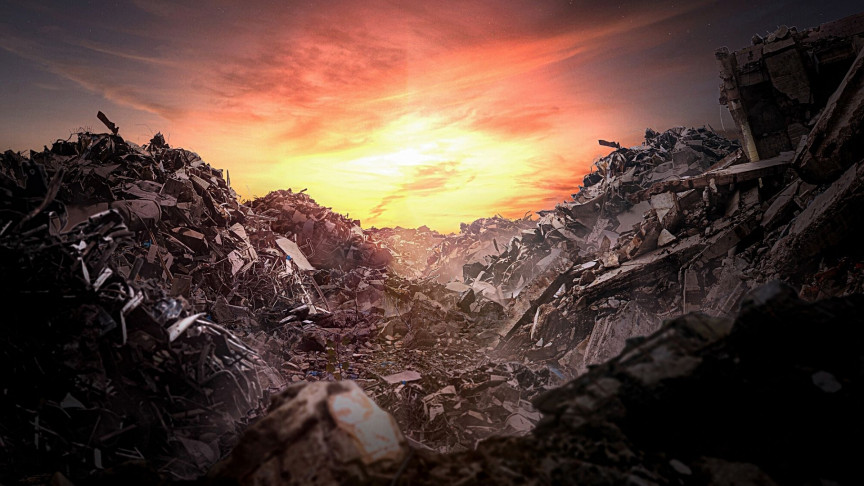 Suffering from time to time, on an individual or regional level is a fact of life most people take as a given. Throughout history, some people suffer more than others in certain times and places, as warfare and natural disaster take their toll, but these moments in time don’t typically involve entire continents, let alone the whole world.

This is one of the reasons why the 2020 COVID-19 pandemic is so shocking — seemingly everyone around the globe is involved. Between early 2020, when the virus first began to spread, and April 2021, The World Health Organisation estimates that over 145 million people had contracted the coronavirus and that it’s caused over three million deaths worldwide. Although, many also believe these figures are a significant underestimate.

The pandemic has ground countries, economies, industries to a staggering halt. Health care systems have collapsed. As if that wasn’t enough, 2020 also brought massive wildfires in Australia and the U.S., disastrous floods in Indonesia, and locust swarms in East Africa, making the year seem almost reminiscent of biblical times.

But even with all of that, can we truly say 2020-2021 was the worst period humans have had to endure? Some might say it was a walk in the park compared to what our ancestors went through.

Imagine living in near darkness for over a year, with average summer temperatures falling by around 1.5 to 2.5 degrees Celcius, enough to kill crops and livestock. This nightmare was, in fact, a reality for people living in parts of Asia, Europe, and the Middle East in 536 AD.

These regions were engulfed in a dark, cold fog for 18 months, causing crops to fail and millions of people to starve. “It was the beginning of one of the worst periods to be alive, if not the worst year,” said the medieval historian Michael McCormick in Science.

McCormick and a team of historians and glaciologists uncovered the likely reason behind this abyss of darkness: volcanic ash. A significant volcanic eruption in Iceland spewed ash across the Northern Hemisphere in early 536, which lingered and blocked the Sun.

If that wasn’t enough, a number of other volcanic eruptions followed in the 540s, blocking the Sun again, ultimately causing the coldest decade over the past 2,000 or so years.

And that was only the start of what some have referred to as the Dark Ages, which also included another catastrophic event between 541 and 543 AD: The Justinian plague.

The first real plague pandemic humans have known, researchers believe the Justinian plague was caused by the bacterium Yersinia pestis, the same bacteria that led to the Black Death some 800 years later. The plague spread out from the Mediterranean, across Asia, North Africa, Arabia, and Europe, killing between 25 and 50 million people. That was roughly 35 percent to 55 percent of the population at the time, although it likely had a much greater effect on the densely packed cities than on the more sparsely populated rural areas.

About 800 years after the Justinian plague, another catastrophic outbreak of bubonic plague ravished parts of Europe, Asia, and North Africa. Known as the Black Death, this devastating pandemic killed an estimated 50 million people in the mid-1300s — around half in Asia and Africa and half in Europe, where up to 30% of the population died. Some believe it’s the most fatal pandemic recorded in human history.

The plague arrived in Europe at the Sicilian port of Messina. It traveled from Asia on ships infested with infected fleas and rats, and sick or already dead sailors. From there, the extremely contagious plague quickly spread across Europe.

Caused by the bacteria Yersinia pestis, the Black Death was named for the dark swellings in the lymph nodes that bleed and ooze pus. Patients also endure high fevers, vomiting, diarrhea, and aches before dying.

In later years, one tactic for reducing the spread of the plague was to keep arriving sailors in isolation for 40 days — or a quarantine — which is when the term we know all too well today was coined.

Similar to 536 AD, 1816’s summer temperatures plummeted in some places and times to 33.8 degrees Fahrenheit (one degree Celcius), and the skies across the Northern Hemisphere were dark and gloomy once again.

That summer, snow fell in North America, and cold rains drummed down across Europe, causing crops to fail. Famine and death were inevitable and widespread. The cause of these miserable conditions could be found on the other side of the planet, in what we know today as Indonesia.

In 1815, Mount Tambora erupted, causing the most powerful recorded volcanic eruption the world had ever known. The direct aftermath of the eruption led t the deaths of tens of thousands of locals. Mount Tambora’s volcanic ash was blown across the Northern Hemisphere, blocking the Sun, just like in 536 AD, and drastically affecting the climate and people’s lives.

Just a century after the disastrous, dark summer of 1816, much of humanity was plunged into another ravaging time: World War I.

Any year during the bloody First World War justifies being on this list. However, as the war was drawing to a close in 1918, the people who had managed to survive were faced with another unthinkable terror: the Spanish flu.

As a war-torn Europe was trying to build itself back up, and troops returned to their respective homes, the outbreak of the flu spread like wildfire across the world. Public spaces were closed and people were asked to wear face masks and quarantine, but full lockdowns weren’t widely put in place because economies had to keep functioning — sound familiar?

Interestingly, the Spanish flu did not likely originate in Spain as its name might suggest. France, China, and Britain have all been suggested as the potential source of the virus, as well as the United States, where the first known case was reported at a military base in Kansas on March 11, 1918. The flu gained its name because Spain was neutral during WWI, and unlike in the Allied and Central Powers, its media could report on anything it wanted, including morale-sucking flu epidemics.

In the end, an estimated 500 million people contracted the H1N1 flu virus, and between 20 to 50 million died worldwide during its two-year course. Added on top of the estimated 20 million people who had died throughout WWI.

As with WWI, any year between 1939 and 1945 during WWII merits a place on this list. However, a number of historians point to 1942 as the worst year of the war, because this was the peak of the Nazi regime’s attacks against the Jews. By the spring of 1943, some 1.3 million Jews had been deported and killed.

On top of that, on the other side of the world in the Bengal province of British India, around three million people died of famine and disease, in part because Britain had been increasingly exporting food from the region to feed other areas.

The year 1943 stands out on the list as it’s the only year when almost all the suffering was directly caused by human action – not by a virus or the natural elements. Ultimately, some 75 million people died during WWII.

Which year was the worst in human history?

Looking back across these chilling years easily raises goosebumps on your skin, and this is by no means an exhaustive list. Look at it more like an informative comparison point from which to gauge the current global situation, and to realize just how far our medical and technological advances have come.

It has to be pointed out that when compared with bubonic plagues and mass genocides, 2020-2021’s COVID-19 pandemic actually seems much tamer. That’s not to say it’s been an easy ride, and it certainly deserves its rank on the list as one of the worst years in human history.

Would you have survived an entire year in darkness or survived a bought bubonic plague? Hopefully, you’ll never have to find out. Even though plagues and extreme natural events cause unthinkable pain and hardship, they also in some cases push forward medical and technological progress — something we’ve seen over the past year with the fast development of COVID-19 vaccines, and novel face mask designs.

With ever-increasing urbanization, international trade and population numbers, it’s crucial that technology and medicine keep up. So hopefully, our descendants will never have to put 2020-2021 on their map of human history’s worst years.