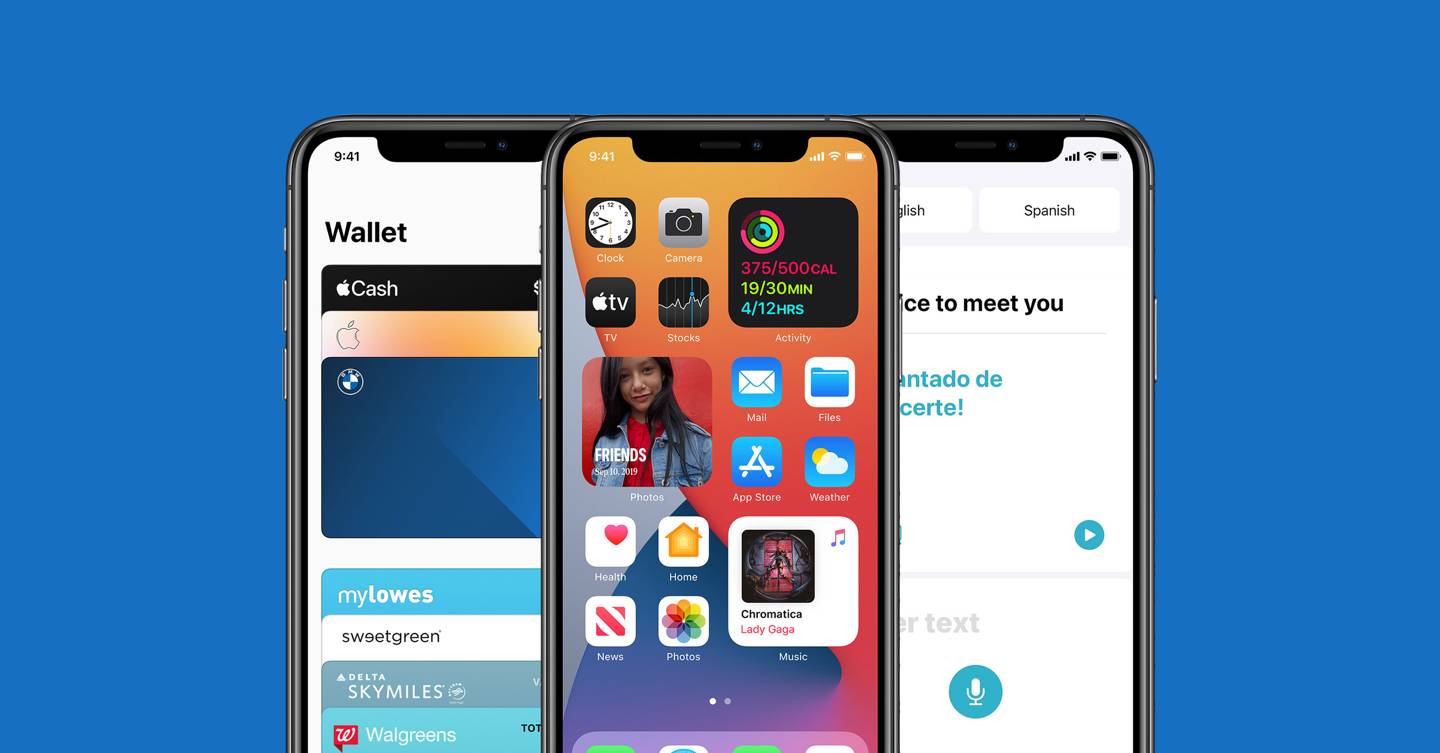 We didn’t get any fresh hardware at Apple’s virtual WWDC 2020 keynote, but iPhone owners are in for a very promising selection of new features when iOS 14 lands this autumn. There’s nothing as all-consuming as dark mode this time, but with some long-overdue visual shake-ups, genuinely new features and refined privacy controls, it all looks rather neat to us.

Change your default email and browser

One of the most popular upcoming features, according to WIRED’s scientific method of checking Twitter post-keynote, is Apple finally relenting and allowing us to switch default email and browser apps to third parties. You’ve always been able to use alternatives, like Chrome, Gmail and indie options, but with iOS 14, you will be able to set them as default “systemwide” so clicked links will default to them. Rejoice.

Track how you’re being tracked

Apple’s latest privacy announcements for iPhone had our socks rolling up and down. There’s a bit more admin as all App Store apps will now require permission for any tracking, including targeted advertising, but the features we’re looking forward to testing are iOS 14’s addition of more granular location permissions and a new mic/camera status for when they’re recording. For location, you will have the ability to share an approximate location, rather than precise, with specific apps. There’s also a new Privacy Report if you stick with Safari.

Android and Windows Phone (RIP) users might tell you the precise number of months they lived with live, customisable widgets before you, but all you need to know is that iOS 14 is bringing with it a much livelier iPhone Home Screen. You can soon pin different sizes of widgets with live weather/sports/events/you name it, including approved third-party app integrations.

To make sense of all that chaos, your old-fashioned app icons are being put in a new drawer. App Library is an automatic, categorised folder system (including for instance fitness, entertainment, plus suggested and recently used) which sits on the last screen as you swipe right. You will soon have the option to hide regular app screens to get to the Library quicker. This could be an interesting transition for homescreen obsessives but, we’re sure we’ll all come out the other side.

Messages is getting a couple of ‘pro’ features that you might be used to from other platforms. The most used will probably be mentions and in-line replies within group conversations, and the option to pin conversations to the top of your list should also be handy. Plus: set group photos with pics or emojis and new, more diverse Memojis with a larger range of hairstyles, ‘headgear’ and, yes, face coverings. 2020.

Siri becomes a hovering, sentient being (sort of)

Another touch that’s been a while coming, thanks to a visual redesign, is Apple’s voice assistant will now hover over whatever you’re doing onscreen as it responds to your requests, including browsing the web and phone/FaceTime calls, which is pretty neat. It’s an obvious play to get people using everyone’s third-favourite digital assistant more often; more likely to achieve that is the news that the assistant can now access 20x more facts.

Apple’s sticking with privacy for its Translate app that promises to interpret between text and speech for 11 languages: English, Mandarin Chinese, Japanese, Korean, Brazilian Portuguese, Arabic and the main European languages. It’s all offline and on-device, and a conversation view on-screen will automatically detect the language being spoken. After Google’s somewhat disappointing initial attempts in this space, let’s see how it works in practice.

No major update to Apple’s Home app in iOS 14 – and no HomePod 2 yet either. There’s quicker access to scenes and accessories from Control Centre, though, new smart-home automation suggestions and Adaptive Lighting to tweak the colour temperature of HomeKit-compatible lights throughout the day. Over in Health, with the Apple Watch’s new sleep abilities, you can track sleep in iOS 14, plus an interesting-looking Health Checklist, including SOS, Medical ID, fall detection and ECG.

Now for a couple of things to look forward to. The first is digital car keys, which via a partnership with BMW (and more car makers to come) mean you can lock/unlock/start the car and share NFC ‘keys’ that are spatially aware thanks to Apple’s U1 chip, with remote iCloud access. Also coming to iOS 13.

There may not be a million of these when iOS 14 goes live, but long term we could see developers choosing to make small (10MB or less), quick-access ‘App Clips’ – see also Google’s Instant Apps. These are standalone apps that let you pay for a rental bike or coffee with Apple Pay, without needing to download a whole new app and sign up for yet another account. Clips can be launched via the web, Messages or Apple’s hybrid NFC/visual code. The future?