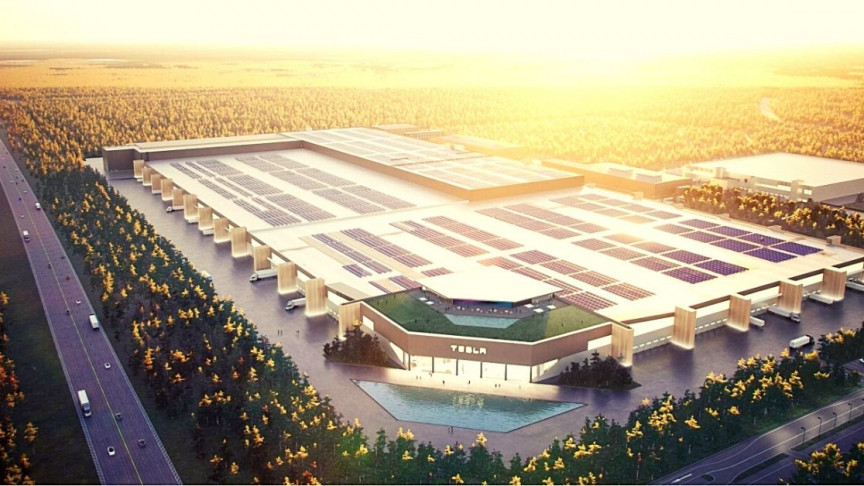 Tesla’s forthcoming Giga Berlin will allow up to 40,000 workers to work in 3 shifts, said Germany’s Minister for Economic Affairs, Labor and Energy Jörg Steinbach, according to an initial report from Tesmanian.

“The operation of the plant includes the commuting of workers, trucks, and trains. Provided the final extension becomes a reality this will mean up to 40,000 workers in 3 shifts, coming and going by car, by train and bike, 23 trains/day and 1,600 trucks/day. This requires adequate infrastructure,” said Steinbach.

Tesla’s forthcoming factory needs to be efficiently and environmentally integrated into the existing infrastructure of Grünheide. This means the old plans for constructing the Tesla site needed an upgrade.

The Californian electric vehicle manufacturer aims to produce 500,000 units at the Grünheide center beginning in the European summer of 2021, and Tesla CEO Elon Musk said the Model Y electric crossover will take priority at the forthcoming plant, reports The Driven.

The vehicle is already under production at the Fremont facility, where manufacturing happens with a single rear-peace casting made with a Giga Press — a gigantic stamping machine that helps make production more efficient, in addition to lightening the weight of the final product, which makes it more eco-friendly.

In August, Musk said up to 70 different pieces will be replaced by die-casting — and Tesla has already ordered at least two machines, reports The Driven.

Germany may bring workers in to meet Giga Berlin’s demand

The 40,000-person staff potentially working in Giga Berlin will take up to ten years to become a reality, but this is four times the number of employees at Tesla’s Model Y and Model 3 factory in Fremont, according to the company’s website.

Roughly translated, a recent tweet from Musk on the subject said: “Please work at Tesla Giga Berlin! It will be super-fun!”

This number is so high in fact that Steinbach told the German newspaper Frankfurter Allgemeine Zeitung skilled workers may need to be specifically funneled into the factory to meet its demand, in a process that he says should reach final approval mid-December of this year.

“In perspective, the Tesla factory in Grünheide could — depending on the market ramp up — have up to 40,000 employees,” said Steinbach, reports the Berliner Morgenpost.

As Tesla expands its reach globally — in the U.S., China, and soon also Germany — it’s worth taking a moment to grasp how rapidly Elon Musk has risen in several key industrial sectors — not only in the automotive industry, but also in space travel via SpaceX and even potentially cybernetics with Neuralink. It’s surreal, but it’s happening.