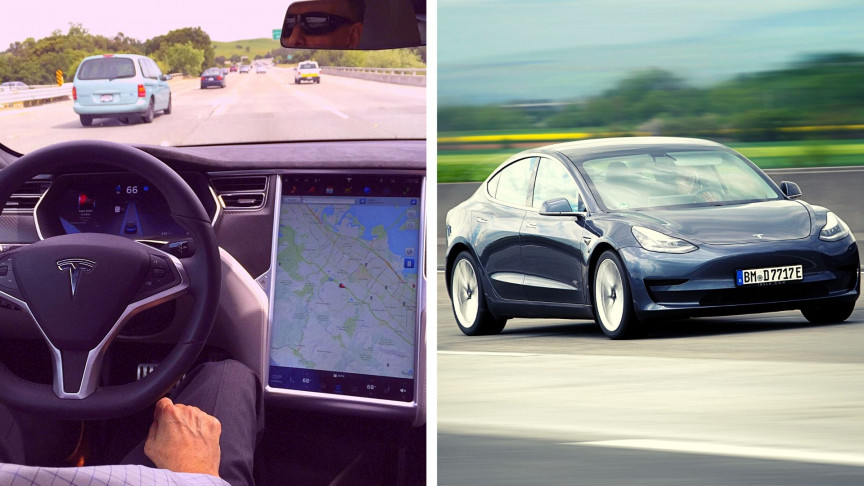 Nearly everyone with a license attempts a “rolling stop” on a long enough timeline. But it’s not something we want self-driving cars to mimic.

This is why Elon Musk’s Tesla will recall just shy of 54,000 vehicles in the United States that feature Full Self-Driving (Beta) software. The company has learned that FSD could cause some cars to attempt “rolling stops,” potentially ignoring the need to reach a full stop at some intersections, reports Reuters this week.

Tesla’s “rolling stop” to be deleted

A document released by the National Highway Traffic Safety Administration states the recall applies to these Tesla vehicles:

To fix the bug, Tesla will release an over-the-air software update to cut rolling stops from its Beta 10.3.

First installed in October 2021, the rolling stops enabled Tesla cars moving at less than 5.6 mph (roughly 9 km/h) to glide through multi-stop intersections — so long as the FSD Beta detected no people, cyclists, or other cars in the area. That might sound logical from a certain point of view, but it also breaks state laws, which is why the NHTSA took interest.

After a few meetings with the NHTSA, Tesla said it hadn’t known of any injuries or crashes incurred by its “rolling-stop” feature. Typically, these claims should be taken with a grain of salt, but with the number of FSD beta-enabled vehicles in the U.S. growing to about 60,000 since the end of September 2021, the all-electric car company has become a massive manufacturer. Initially called the “Assertive” mode, Tesla informed the NHTSA it had included the “rolling stop” feature on October 20, 2021.

Have Tesla vehicles become too “assertive”?

Social media buzz followed, with one journalist suggesting that the “Average” mode on Tesla’s FSD Beta (the options are “Chill”, “Average”, and “Assertive”) includes rolling stops. “I guess ‘Road Rage Mode’ didn’t fit on the screen,” reads another tweet from Visiting Fellow at Harvard Kennedy School David Zipper, referring to the “Assertive” mode.

There have been previous engineering hiccups from Tesla, including a 2017 recall of 12,000 cars sold in the United States, because a software issue caused a false forward-collision warning, or even a sudden activation of the emergency brakes.

Additionally, the NHTSA said last week it wanted more information on Tesla’s inclusion of video game features on the front center touchscreen, presumably because of the implied potential to distract drivers from the road. Roughly 580,000 vehicles are under scrutiny for this feature, but the agency also opened another probe into 765,000 Teslas sold in the United States, in the wake of roughly a dozen accidents that included emergency vehicles and Tesla cars.

Ford, Volvo, Uber, Waymo, Uber, Lyft, and other automakers appear to be distancing themselves from the term “self-driving” in favor of softer language that implies technology assists a driver instead of doing it all for them. The Autonomous Vehicle Industry Association, a group of automakers developing the tech, issued a statement last week to note the language — and optics — involved:

“The association recently called on all stakeholders to clearly distinguish between AVs and driver-assist to boost consumer trust and understanding,” reads a press release.

Tesla has stated that its FSD Beta isn’t actually fully autonomous, reminding consumers that Tesla cars only support Level 2 driver assist systems, and even admitted that Musk exaggerated the capabilities of FSD.