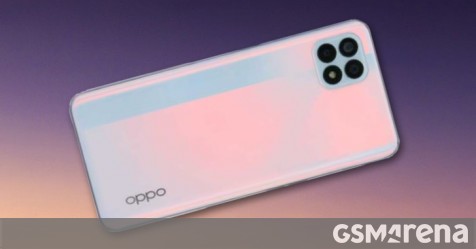 TENAA added a new Oppo phone to its database – no, not the F17 Pro that was teased earlier today. That one promises to measure only 7.48 mm thick and weigh 164 g while this one is a tiny bit chunkier at 7.85 mm and 169 g.

Still, this model – PEAM00/PEAT00 – is interesting because it features 65 W fast charging, according to leakster Digital Chat Station. The battery is listed as 2,100 mAh, but that’s certainly a mistake and the actual capacity should be twice that (two cell batteries are common with fast charging phones).

Judging by the layout of the triple camera, this will be an A-series phone. The Oppo A72 and A92s both have similar square camera islands. Note that the A92s is being [rebranded as the “Reno4 Z 5G”](https://www.gsmarena.com/oppo_a92s_to_arrive_on_the_global_stage_as_reno4_z_5g-news-44773.php) for the global market so it could be a Reno phone too.

Anyway, the phone is equipped with a 48 MP main and 8 MP secondary camera (most likely with an ultra wide lens), plus a 2 MP module (a depth sensor probably). There’s a punch hole in the upper left corner of the screen for the 32 MP selfie camera. 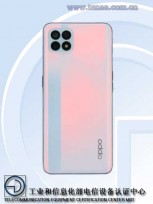 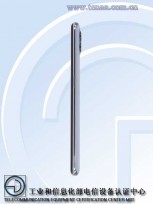 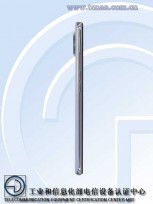 The phone is powered by an unknown chipset (octa-core CPU at 2.0 GHz). Whatever it is, it has a 5G modem. Anyway, the chipset is paired with 8 GB of RAM and 256 GB storage and it runs ColorOS based on Android 10.

There’s no word on when this phone will be unveiled.