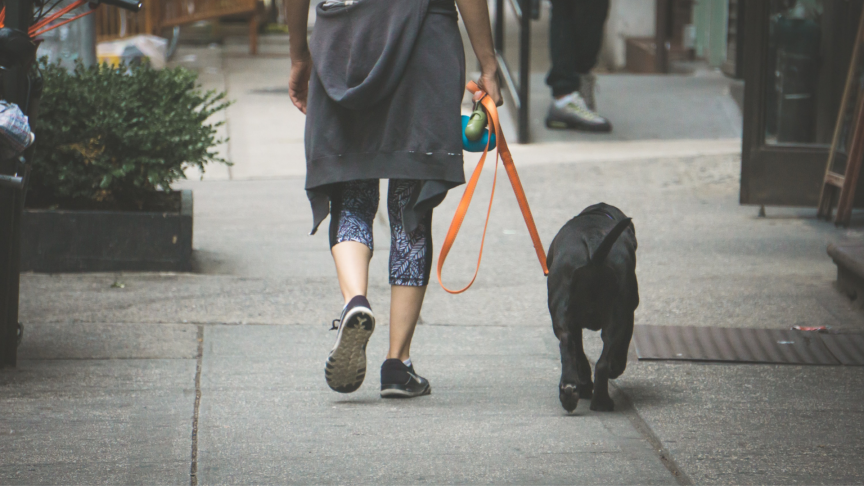 While coping with the COVID-19 pandemic over the past year, Tel Aviv saw a sharp rise in dog adoptions. But the pet-friendly city has a new problem— Dog owners aren’t cleaning up after their companions, leading to complaints from other residents. The city administration has now passed a motion to set up a DNA database of the city’s dogs to identify the culprits, the Times of Israel reported.

The joys brought by the company of a dog are incomparable. It was hardly a surprise, then, that as cities around the world went into lockdowns, people adopted dogs until shelters ran out of them.

Tel Aviv was no exception. But as the city’s municipality found out, these increased rates of adoption were accompanied by higher rates of abandonment, leading to more strays in the city.

Dog owners, too, seem to be slacking in picking up after their pets. In 2020, the city administration received over 6,000 calls complaining about dog excrement left in public places, even after it provided free waste bags in public spaces. In April, the city municipality launched a campaign encouraging owners to clean up and even raised fines for not doing so. But the poop problem has continued.

In its latest attempt to resolve the issue, city governance has approved a motion to create a DNA database of all licensed dogs in the city. As per the city’s regulations, all pet owners need a permit for their pet companions, which includes records of vaccinations.

This permit needs to be renewed every year. If the motion is approved by the Interior Ministry, the next time a dog owner goes to renew this license, they will also have to submit the dog’s saliva or fur sample and pay a fee of 250 Israeli Shekels (~$75 ). The sample will be used to create a DNA profile for the dog in the database.

In the future, city officials will be able to compare excrement samples to the DNA profile of dogs in the database. If a match is found, the municipality will mail the owner a 730 Shekel (~$220) fine.

This is not the first time Tel Aviv is attempting to solve the issue via a database of this kind. In 2008, Reuters reported on an Israeli suburb trialing a similar dog database.

“Two percent of dog owners ruin our wonderful urban experience,”said Eytan Schwartz, Spokesperson of Tel Aviv-Yafo Municipality in an email to Interesting Engineering. “Among 40,000 dog owners, a very small minority don’t pick up their waste. But this minority amounts to 500 kilograms of waste that we pick up every month from the sidewalks,”

“We have decided that the time has come to put an end to this phenomenon, and chosen a technology that identifies with total accuracy all of the responsible dogs and their owners.”