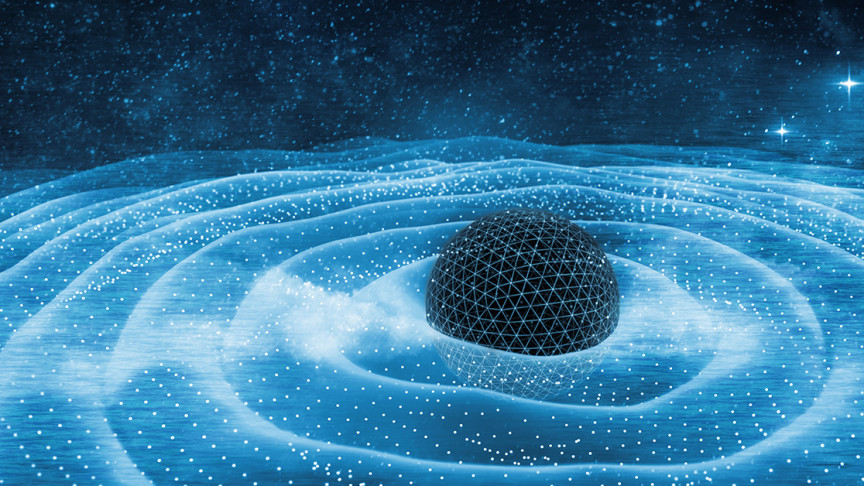 The quest for gravitational waves (GW) has attracted the attention of the general public in recent years, with terms like black holes or neutrons starting to merge growing popular outside the scientific community. After the first detection by the LIGO–Virgo collaboration in 2015 and the attributed Nobel Prize in Physics in 2017, many researchers have joined the pioneering teams from the U.S., France, and Italy to pursue this journey.

A detailed study of GW emerges today as a new powerful tool that we can use to venture deep inside the universe and make the observation of events on the cosmic scale directly accessible.

These earlier successes encouraged the research funding agencies in the U.S., Europe, Japan, and of late China, to allocate substantial human and financial resources to improve the current GW detectors and open up to the construction of new and more advanced detectors, the so-called third-generation detectors.

SEE ALSO: NOW THAT WE CAN MEASURE THEM, SCIENTISTS KEEP FINDING GRAVITATIONAL WAVES

Such an extensive effort is expected to find interesting applications outside the academic environment, of course, hence the growing interest of R&D companies and investors.

For instance, a key component of any GW detector, which is a large Earth-based laser interferometer, is the mechanical sensors and actuators which are employed to filter out all external disturbances that might affect the stability of its optical parts.

Moreover, mechanical sensors, capable of meeting increasingly more demanding specifications, are in high demand for applications in different fields of natural sciences and engineering such as geophysics, seismology, aerospace, and civil engineering.

Mechanical sensors consist of an inertial reference mass represented by a high-quality factor oscillator (e.g. a physical pendulum): the lower the oscillator resonance frequency, the wider the sensor sensitivity band. However, for an optimal sensor choice, other requirements should be considered, like directionality, size, weight, and ultrahigh vacuum and cryogenic compatibility.

These specifications are growing more and more relevant in today’s field applications, also beyond seismology.

Researchers of the Virgo project, at the Universities of Camerino and Perugia in Italy, are currently prototyping and testing a new class of multipurpose mechanical sensors characterized by a broad frequency band and high-quality-factor.

The sensitivity values they intend to achieve are very ambitious: the final output of their effort is projected to be the most advanced miniaturized mechanical sensors available to date. Of course, such innovative solutions will be implemented in the control systems of the GW detectors of the third generation.

The interest in this class of mechanical sensors is not limited to the LIGO-Virgo collaboration. For instance, the high-precision control achieved by the mechanical suspensions of a GW antenna can and will be adapted to improve the translational and rotational steering of artificial satellites in space.

The potential of this technology for civil applications shouldn’t be overlooked either. Camerino and Perugia are located in a region of Italy that was badly affected by the seismic crisis that hit the mid-section of the Apennine Mountains in 2016. An appreciable seismic activity is still in progress and the reconstruction plans have been delayed due to the uncertainty of funding and intervention guidelines. Moreover, the unique historical heritage of that area has suffered from extensive damage.

Monitoring such places requires an accurate survey of the slow ground movement that is inaccessible to direct instrumental observation. A network of mechanical sensors of the new generation allows real-time monitoring of the micro-deformations of human artifacts that are subjected to specific geological conditions or processes of rapid geomorphological evolution.

Researchers from Camerino and Perugia Universities are also directly involved in the design and construction of a third-generation GW detector, the Einstein Telescope.

This project, currently under review by the European Commission, consists of multiple interferometers hosted in a triangular underground tunnel to minimize mechanical disturbances.

The first prototype of GW interferometer with the technological characteristics of the Einstein Telescope, albeit in the scale of a few meters, will be realized at the Einstein Telescope Center (ETC) in Perugia, in collaboration with other Italian universities, the Italian Institute for Nuclear Physics (INFN) and the Japanese Institute for Cosmic Ray Research (ICRR), among others.

Despite its reduced size, this interferometer will be extremely sensitive to external perturbations of different kinds.

Due to its broadband sensitivity (from 0.1 to 1000 Hz), this instrument will not only set new standards in experimental GW astrophysics but also in seismology.

Under the auspices of the Italian government, the National Institute of Volcanology and Geophysics (INGV), INFN, and Virgo agreed to integrate all large GW detectors, prototypes, and commissioned, to form a new network for the seismic and geodynamic monitoring of the national territory.

The sensitivity of the GW interferometers of the third generation, when employed as seismometers, is such that researchers can detect the existence of large underground cavities (natural or manmade) and magma flows, as well as volcanic and seismic precursors.

REDI for the good of people

The ramifications of these projects in the contexts of public safety, seismic risk management, environmental management, and even archeological surveys are intriguing.

The ETC gained the support of the University of Camerino under the program of Reducing Risks of Natural Disasters (REDI).

Started after the 2016 seism, REDI is a research consortium that includes INGV, INFN, and several Italian universities. Its mission is to contribute to interdisciplinary research actions through innovation and training, and boost community disaster preparedness, response, and recovery speed.

Eloisa Marchesoni, originally from Perugia, Giacomo Arcaro, and Giovanni Casagrande viaMAC-Invest Foundation have pledged $2 million to aid REDI in the achievement of its special mission.

The $2 million will be divided into smaller grants for specific research sub-projects and doled out over a two-year period. Once the two-year work shows promise, the researchers will then be eligible for grants of up to $5 million from the same foundation to finalize and confirm REDI’s progress.

Eloisa declared, “We think [a] entrepreneurial mindset is crucial to scientific progress in moments like this, when recent discoveries finally need to be applied to reality and, thus, practical applications must be developed for the masses.”