Tech Industry Expected to Suffer as US Ad Revenue Plummets 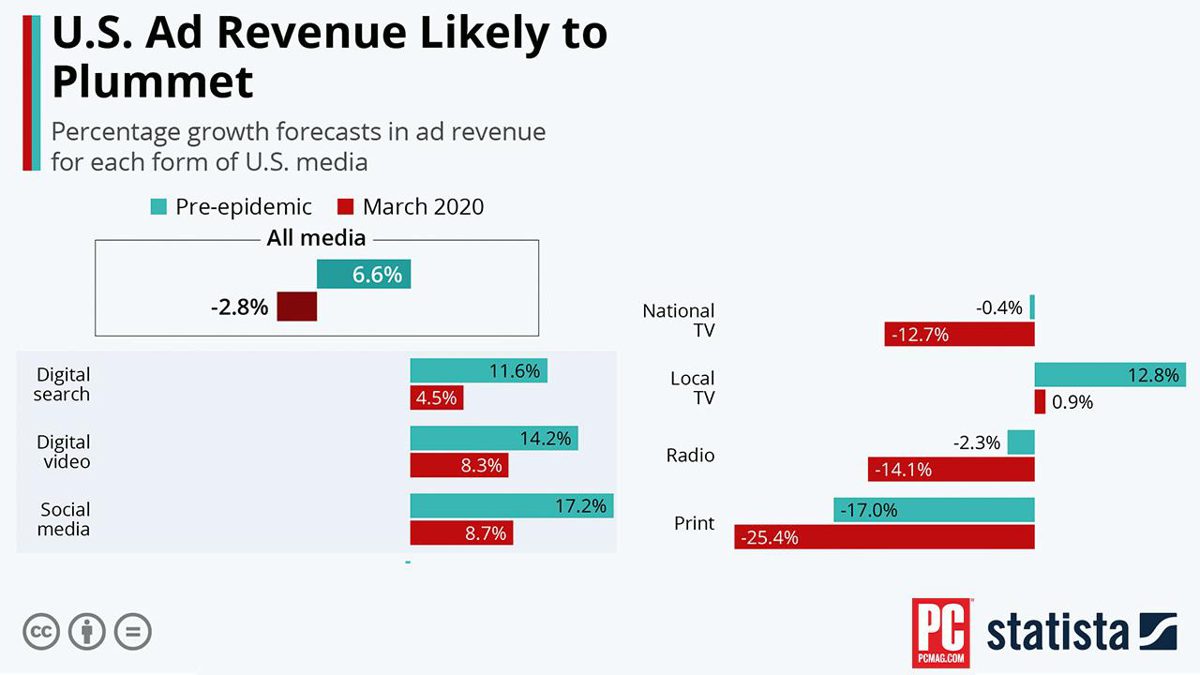 Businesses are struggling during the COVID-19 pandemic. Every business. Even tech companies are dealing with production halts and drops in sales. All the while, another source of income is evaporating as digital ad dollars disappear.

According to Cowen & Co. investment management company, Google and Facebook may lose over $40 billion combined in advertising revenue this year. Seeing as how the tech industry already has a stranglehold on digital advertising platforms, it makes sense that these companies might be hit so hard.

Using data from Axios and Magna, Statista has visualized just how bad it has gotten in the advertising world. Before the worldwide outbreak, ad revenue forecasts showed a 6.6 percent growth. That number has fallen to -2.8 percent as advertisers pull their ads and hold onto their money.

So even as more people stay at home and in front of their devices, advertisers are actually spending less. A study by Statista says small businesses make up the majority of dollars spent on digital advertising. With many companies either shut down or working at minimal capacity, it means fewer ad dollars are spent.

While Google and Facebook can still make do thanks to other products and services, this will obviously hurt future growth. Just when YouTube had finally surpassed cable TV in ad revenue, it all falls apart.