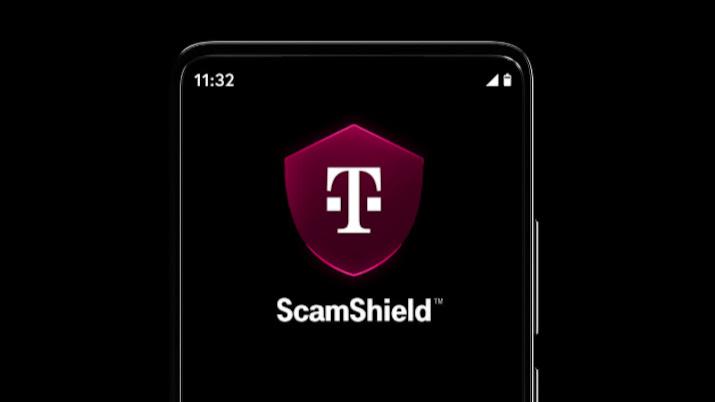 T-Mobile added some value and reduced some annoyance for its customers today by launching Scam Shield, a collection of free services to detect, block, and mislead spam and scam callers.

Scam Shield’s services, in general, existed on T-Mobile’s network before, but not for all plans and sometimes for an extra charge. The new services include named caller ID for callers not in your address book, which formerly cost $4/month; automated network-level scam blocking, which was already free but not available on all plans; a secondary number to give out to businesses and telemarketers, which formerly cost $10/month on many plans; and identity theft protection services.

“Scam calls are the No. 1 complaint at the FCC,” says T-Mobile CEO Mike Sievert. “Last year alone, Americans got over 58 billion robocalls. That’s 1,855 calls every second, and they cost Americans over $10 billion per year.”

I have T-Mobile as my personal carrier, and I received an un-blocked, un-labeled spam call while I was writing this story. The call came from a number near Rochester, NY, and was a robocall trying to scam me over a car warranty.

Neville Ray, T-Mobile’s president of technology, explains that voice-over-IP services have been “nirvana” for scam callers, letting them fake caller IDs and “pretend to be somebody else.” Some of that will be helped by an FCC-mandated authentication protocol called STIR/SHAKEN, which which the FCC is requiring all US voice providers to use by June, 2021. T-Mobile has implemented it.

Delan Beah, T-Mobile’s SVP of core network services, says T-Mobile also analyzes metrics like the volume of calls coming from a specific number or IP address, how often they’re answered, and how many complaints are associated with a call source. But too many calls are still getting through—like the insurance scam I just got.

“The scammers, they’re slippery,” Beah says. “You tackle and block all the time.”

So the carriers are taking a multi-pronged approach. T-Mobile launched network-level scam blocking in 2017, and implemented STIR/SHAKEN in November 2018. Named caller ID for people not in your phone book has been a value-added service for all of the wireless carriers for years. T-Mobile calls it Name ID; Verizon calls it Call Filter Plus.

The secondary “proxy number” is the most interesting new feature. It comes out of Digits, a feature that landed in 2017 to some acclaim and which almost nobody has talked about since. Digits allows you to add multiple numbers to your T-Mobile account, managed by an app, for $10/month/number. The little discussion I’ve heard tells me that it hasn’t been the most popular feature, but it’s been plumbed into the network for three years now, so there isn’t a lot of technical work that needed to be done.

People on T-Mobile’s Magenta and Essentials plans will get one number per account, which can be shared by all family members on the account. You can use it for a group voice mailbox, a secondary line, or two-factor authentication. You’ll also be able to change your primary number for free if it’s become too compromised.

Another feature, Be ID Aware, a 12-month subscription to McAfee Identity Protection, will notify you if your personal information shows up on the dark web or as part of a data breach, says T-Mobile CMO Matt Staneff. We have a review of McAfee Identity Protection, which lets you call McAfee experts for help with things like placing credit freezes and notifying the police. Sign-ups for Be ID Aware will only be available next week through Aug. 31, so check T-Mobile’s website for more.

T-Mobile and Metro customers can download the new Scam Shield app, which will offer all of these features, on July 24. Sprint’s version of the app is called Call Screener. For now, people on certain T-Mobile postpaid plans can turn on scam blocking, if they haven’t already, by dialing #662#. (You might as well try it.)