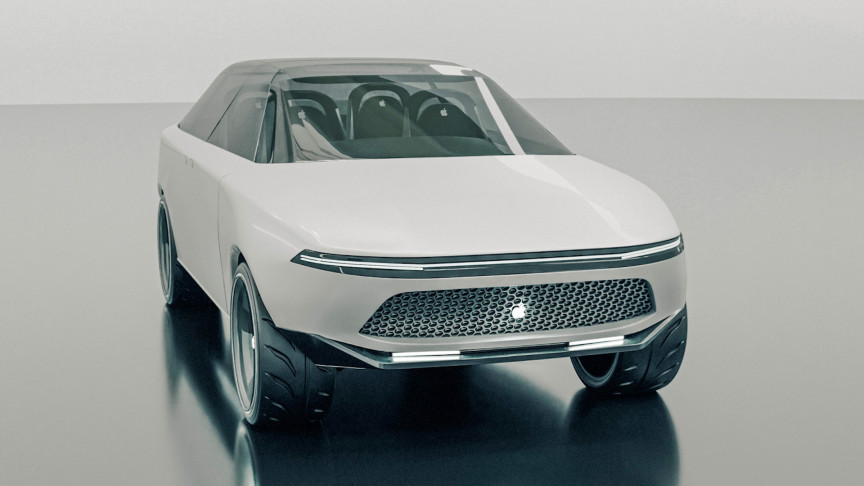 With Apple remaining tight-lipped on the Apple Car, another company decided to bring us the closest thing to an official reveal. Vanarama, a car-lease broker based in the U.K., has developed an incredibly detailed series of renderings of the Apple Car based on real Apple patents, a report from Digital Trends reveals.

The rumor mill surrounding the Apple Car has been going for several years now, though speculation reached new levels last year when reports emerged that the tech giant could produce its own electric vehicle (EV) by 2024. Earlier this year, the announcement of a partnership between EV automaker Fisker and iPhone manufacturer Foxconn added fuel to the fire.

Vanarama has no affiliation with Apple and its new renders are essentially a publicity move that doesn’t really add anything concrete to the rumor pile. However, the fact that they take real patents into consideration does lend them a touch of credibility, providing us with a window into the possible appearance of the Apple Car. The patents, of course, likely don’t represent what any finished model would look like. Nevertheless, the details are enticingly detailed and we can’t help but wonder how close they might be to any images shared if and when an official reveal comes from Apple.

The images show an EV that takes a cue from the Tesla Cybertruck with its retro-futuristic sensibility. It also looks like it takes cues from Hyundai’s solar panel-roofed Ioniq 5 EV, which provides a modern twist on the company’s first production car, the 1974 Hyundai Pony. The exterior design is pure speculation from Vanarama as it doesn’t appear in any Apple patent.

One feature that is taken from a 2019 Apple patent, however, is the coach-style lack of a central pillar between the front and rear doors. This type of design typically isn’t viable as it removes structural strength and crash protection. However, Apple’s patent details how it would add diagonal support sections to account for the reduced rigidity.

The interior of this speculative Apple Car unsurprisingly features a large screen spanning the entire dashboard with Siri integration. The earliest reports of Apple’s EV project, called Project Titan, date back to 2014. At the time, reports highlighted the ways in which Apple would transfer its smartphone and computing expertise to the automotive market to create a vehicle with an unparalleled infotainment system and autonomous driving features. In 2019, however, Apple let go of 200 staff working on Project Titan, and it is believed that that the focus may now have changed.

We know surprisingly little about the Apple Car, other than rumors regarding potential partnerships with automakers. For now, these new renders provide a tantalizing glimpse at what the Apple Car might look like.