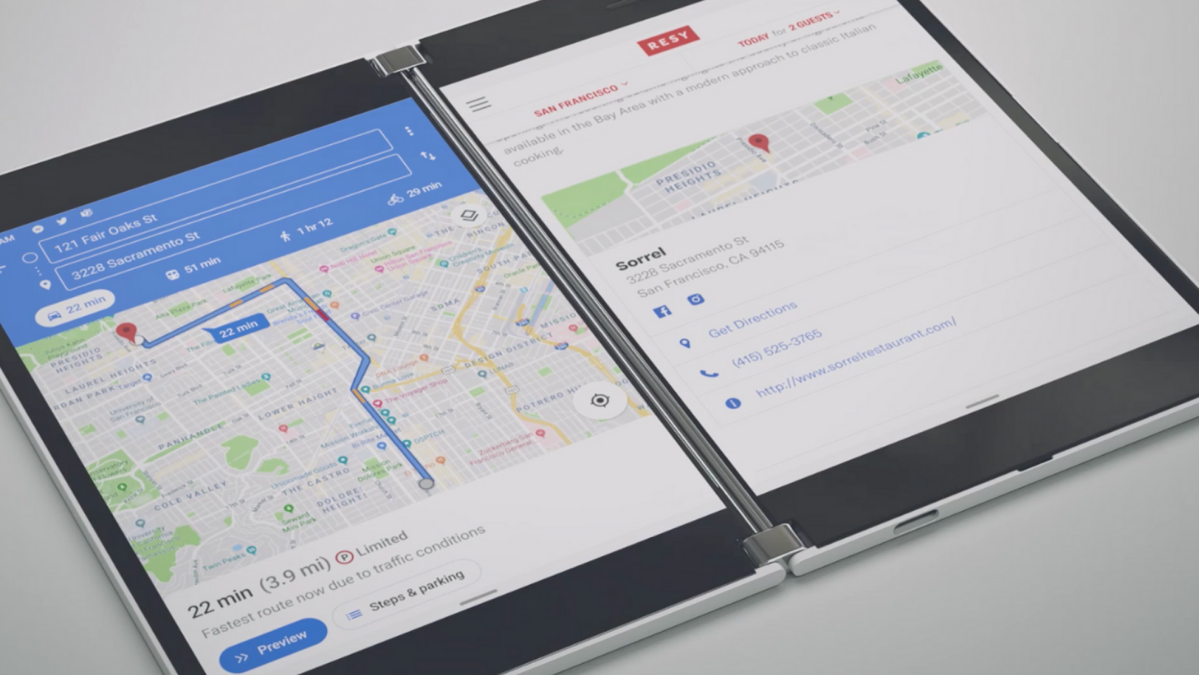 Microsoft’s Surface Duo arrives in 2020, and it looks like the dual-screen smartphone’s specifications are decided upon as employees reportedly have the product in their daily lives to test.

Windows Central reports that Microsoft will ship the Surface Duo with Qualcomm’s Snapdragon 855. Qualcomm sells the Snapdragon 865 as its top-tier chipset today, but a requirement for hardware manufacturers to use a separate 5G-enabled chip made it difficult for Microsoft to choose. Since the Surface Duo’s design got finalized much earlier, Microsoft couldn’t identify any space to include this separate component and instead opted for a simpler, more affordable chipset in the Snapdragon 855.

It’ll be joined by enough memory and storage to ensure Microsoft’s dual-screen smartphone withstands a heavy workload. The Surface Duo also sports 6GB of RAM and up to 256GB of storage. Microsoft will offer 64GB of storage through a base configuration, but that probably won’t be a large enough capacity for most users. Additionally, the Surface Duo lacks a microSD card slot to increase the internal storage.

Microsoft decided to skip next-generation connectivity for the Surface Duo, and Windows Central indicates NFC and wireless charging are unlikely as well. It’s unclear if costs or design hurdles got in the way of these features.

Some of the minor specifications laid out in this report include an 11MP camera doubling as the front and rear lens, a USB-C port for charging the 3460mAh battery, and a fingerprint scanner to secure the Surface Duo. Interestingly, Windows Central also mentions Surface Pen support.

Android 10 runs out of the box, and Microsoft will reportedly roll out Android 11 shortly after it debuts in a public release. Microsoft plans to finalize pre-installed apps on the Surface Duo by early June, Windows Central says. Each pre-installed app will take advantage of the dual-screen design, featuring a drag-and-drag capability to transfer content between different apps. Users can also expand a single app across the 5.6-inch (1800×1350) AMOLED displays.

Both the release date and price remain up in the air. Microsoft initially announced the Surface Duo would hit the market at the end of the year, and then a recent report made it seem that a summer launch isn’t out of the question. Build 2020 takes place next week, and Microsoft might share some details surrounding the Surface Duo and its availability during the virtual conference.