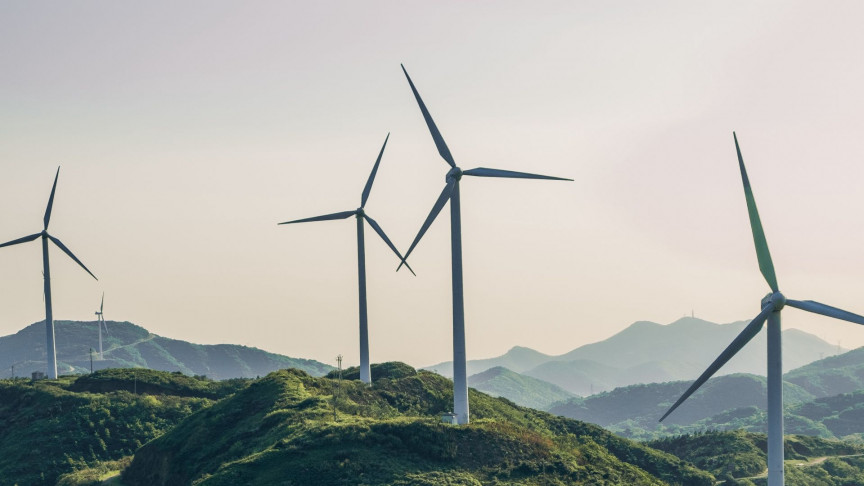 Driving down the countryside, one marvels at the slow whirring of windmill blades on hilltops. Over the years, the reducing cost of windmills has made it easier to make wind farms that convert the kinetic energy of the winds to electric energy for us. A recently published study has thrown in a surprising insight: the windmill is not the most efficient on the hilltop. Rather, it can produce higher energy when placed behind a hill.

This might seem counterintuitive, but researchers Dr. Louqin Liu and Dr. Richard Stevens at the Faculty of Science and Technology at the University of Twente in the Netherlands, have data from their simulations to demonstrate this.

Called Large Eddy Simulations (LES), the method has been popular to predict atmospheric flows since the 1960s. In their simulations, Dr. Stevens and his team placed a 295 feet (90m) tall turbine, 2480 feet (756 m) behind a hill that was 295 feet (90m) high. The blades of the turbine measured 206 feet (63m). The distance of 2480 feet (756m) was determined by multiplying the turbine diameter (here, 413 feet (126 m)) by a factor of six. The team considered three different scenarios of atmospheric conditions. The data from the simulations showed that under stable atmospheric conditions, power production from the windmill effectively increases by 24%.

The researchers attribute this increase in power production to two factors. Dr. Stevens explains “The wind speed immediately behind the hill is slower, which creates an area of low pressure. This low-pressure area sucks in air from above, where the wind is much stronger than it is close to the ground. This means that a wind turbine does not need to be higher to take advantage of the strong winds at higher altitudes.”

The second is the wind direction. Stevens adds, “the wind above the hill blows in a different direction to the wind close to the ground. This causes the slow-moving air to bend away from the wind turbine, leaving the turbine behind the hill to benefit from the strong current”

As with all things in science, the researchers are cautious about their findings and do not recommend reinstalling all windmills behind the hills. Their simulations have also shown higher turbulence in the air behind the hill, indicating a likelihood of higher wear and tear for the blades of the turbines. Whether this would be offset by the higher power production by the turbine remains to be seen. It does work out in a simulation when you consider one hill but as Dr. Stevens notes, “real-life terrain is much more complex.”