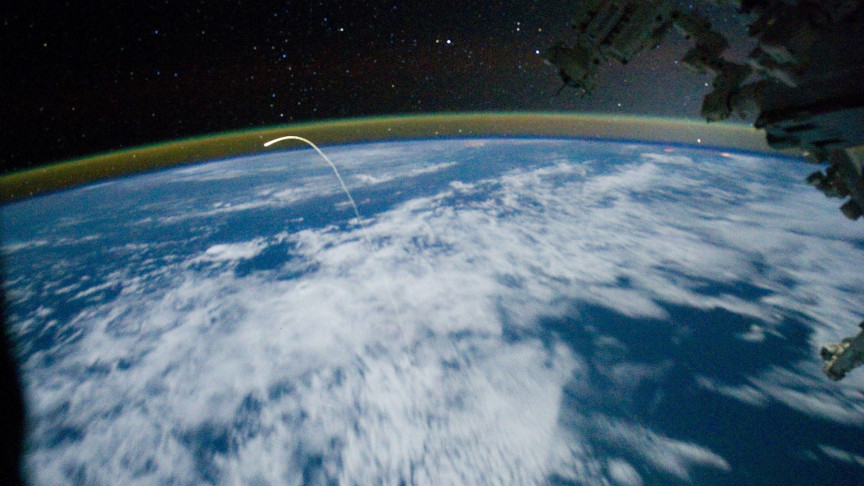 In our October 19, 2021 story about Russia’s Zircon hypersonic missile, we quoted Kremlin deputy premier Yury Borisov, who said, “We have broken forward, specifically, in the sphere of hypersonic weapons and (those) based on new physical principles.”

Now, it turns out that those “new physical principles” might not be so new after all, but rather date back to 1999 and have to do with plasma stealth. Plasma stealth is the use of an ionized gas, or plasma, to reduce the radar cross-section (RCS) of an object, such as an aircraft.

As we described, hypersonic vehicles or weapons fly so quickly that the air in front of them forms a plasma cloud that absorbs or interferes with radar waves, making the object practically invisible to radar systems.

Plasma is often referred to as the fourth fundamental state of matter, along with solid, liquid, and gas. Plasma is matter in which one or more orbital electrons are ripped away from the atoms, forming an ionized gas.

Plasma is the most abundant form of regular matter in our universe, and by “regular”, we mean not including dark matter or dark energy. Plasma is what makes up stars, including our Sun, and two examples of plasmas used in our everyday life are neon signs and plasma televisions.

Plasma has been shown to interfere with radar waves, reducing the radar cross-section (RCS) of an aircraft. Known as plasma stealth, technology to take advantage of this was first proposed in 1956 by a General Electric engineer named Arnold Eldredge. During the 1960s, the U.S. Central Intelligence Agency (CIA) funded a project to reduce the RCS of U.S. reconnaissance planes, specifically the Lockheed A-12, which supposedly made use of a cesium-laced fuel additive to significantly reduce its engine’s radar signature, and an electron beam to generate a cloud of ionization in front of the air intakes to help conceal its entire rear aspect from radar waves. The system was tested but was never deployed operationally.

Radar, which stands for Radio Detection and Ranging, is a detection system that consists of a transmitter that produces electromagnetic waves within the spectrum of radio or microwaves, a transmitting antenna, a receiving antenna, a receiver, and a processor. The radio waves, which can be either pulsed or continuous, reflect off of an object, then return to the receiver, and the round-trip time, strength, and Doppler shift of the reflected signal provide information about the target’s range, size, and speed.

The first radar units were developed in great secrecy by several nations just before and during World War II. A key development was the invention of the cavity magnetron in the UK, which allowed the creation of relatively small systems with sub-meter resolution. A cavity magnetron is a high-powered vacuum tube capable of generating microwaves by using the interaction of a stream of electrons with a magnetic field while moving past a series of small, open cavities.

Radar is used to detect aircraft, ships at sea, spacecraft, missiles, weather formations, terrain, and even cars on roads. If you’ve ever sped past a police officer stopped on the side of a road pointing a radar gun at oncoming traffic, you’ve experienced radar in use. Aircraft have a radar system called TCAS, which stands for Traffic alert and Collision Avoidance System, to help them avoid mid-air collisions. However, there is a loophole in all radar’s ability to detect objects, and it’s plasma.

The National Aviation Reporting Center on Anomalous Phenomena (NARCAP), reported on an incident that occurred on the evening of March 19, 2020, when two FedEx pilots were flying a Boeing 767 cargo plane at 37,000 feet northbound above Monterrey, Mexico. Suddenly, a bright object dropped out of the sky above them, then kept pace with them for over 30 minutes, hovering between 1,000 and 2,000 feet (305 – 610 m) off their wingtip.

Grabbing a video camera, the captain recorded the encounter, which showed a bright object enveloped within a shimmering and pulsating plasma cloud. What the captain did next was the most interesting thing, he tipped the video camera down to show his radar screen which, despite the object being clearly visible through the plane’s windshield, showed no sign of the object on radar.

NARCAP director Ted Roe told The Daily Mail that the encounter “… confirmed what I’ve been saying all along which is that UAP [Unidentified Aerial Phenomenon] are intermittently detected on radar. He turned his camera on his radar monitor and there was no detection.”

In January 1999, the Russian ITAR-TASS news agency published an interview with Anatoliy Koroteyev, who was the director of Russia’s Scientific Research Institute for Thermal Processes, now called the Keldysh Research Center. In the interview, Koroteyev described a plasma stealth device that had been developed by his organization.

In its June 2002 issue, the then-named Journal of Electronic Defense reported that the “plasma-cloud-generation technology for stealth applications” developed in Russia reduced an aircraft’s RCS by a factor of 100 and that it had been tested out on a Sukhoi Su-27IB fighter-bomber.

The name “Old Crows” comes from the use of electronic warfare to disrupt Axis communications and radars during World War II. Allied equipment operators were known as “Ravens”, which over time changed to “Crows”, and then to “Old Crows”.

When an electromagnetic wave encounters a plasma, the wave imparts energy to the ions and electrons within the plasma. Some of that wave’s energy will be returned to the wave by the particles, and some of it will become heat. If a plasma absorbed all of the energy of an incoming radar wave, it would reduce an object’s RCS to all but undetectable levels, and make that object almost entirely invisible to radar.

Difficulties arise because radar waves have widely varying frequencies. Many fighter aircraft have attack and reconnaissance radars operating in the 8.5-11 GHz and 13-18 GHz bands; short wavelengths of the 2.7-10.5 GHz band are widely used for surface search, detection of low flying targets, and piloting of ships; while over-the-horizon radars can operate in the HF band (3-30 MHz)  and space surveillance and early warning radars operate in the VHF and UHF bands.

Because of the varying frequencies of radar waves used, a plasma must be changeable in terms of its density, temperature, and magnetic field.

Another difficulty is the amount of electricity needed to produce a plasma large enough to surround an entire aircraft. A more economical solution is to surround only the most radar-reflective surfaces on an aircraft, such as its turbojet engine fan blades, engine air intakes, vertical stabilizers, and the plane’s own radar antenna.

Beginning in 2010, aircraft maker Boeing filed a number of patents relating to plasma stealth. These include a system to control airflow with electrical pulses, a plasma generating device used to create a plasma flow on an aircraft’s trailing edge which can change its RCS, a plasma actuator system used to camouflage an open weapon bay on a fighter, a plasma actuating cascade array for use on a rotor blade, and a system for controlling airflow on wing surface with pulsed discharge.

Whether plasma stealth is the “new physics” the Russians were describing or not, the fact is that the systems we’ve relied on for well over half a century to keep our skies safe are going to have to change and evolve.