Startup Claims Its Electric Bike Will Have 300-Mile Range 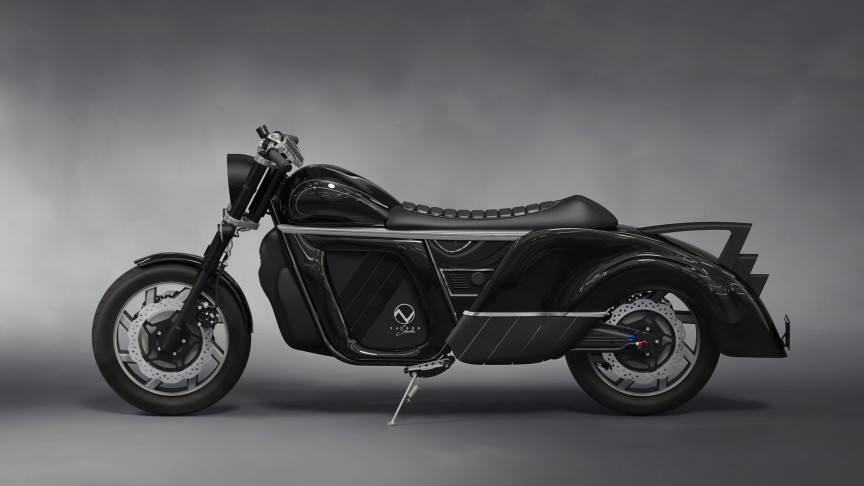 The Electrocycle has a surprisingly classical form factor for an electric motorcycle — though the large rear fender and spiked light fins add a retro-futuristic touch.

How does Zaiser Motors aim to reach that impressive 300-mile range milestone with its Electrocycle?

On the company’s WeFunder page, the firm explained that “a 300-mile range is quite a claim, but we are ready to back that up. By moving the powerplant out to the wheels and shedding weight, we are confident that we will have the flexibility to achieve a 300-mile range on our model 1 Electrocycle.”

The company stated that freeing up this space would allow more than enough room for a 17.5 KWH battery unit, without compromising aerodynamics. The company’s two hub motors make the machine powerful enough to go 0-60 mph (0-96 km/h) in just 3-6 seconds, while its twin-hub cooling system also boosts the Electrocycle’s efficiency.

Bold claims of ’50-mile-edge’ over the competition

It’s important to emphasize that Zaiser Motors’ range claims are just that so far, as the company is still looking for early bird investors in WeFunder, to help it “finalize, test and optimize a production-intent design.”

As a point of reference, other similar models, such as Zero’s SR/F also feature 14.4 kWh batteries, and they claim a more modest 161-mile (259 km) range.

The wording in the firm’s WeFunder page is also somewhat vague in a section devoted to the 300-mile range claim — after saying it has the “’50-mile-edge’ over the ~250-mile industry average,” Zaiser Motors also says “we anticipate rapid advancements in battery technology in the near future, making this goal very attainable for Zaiser.”

The wording arguably leaves a little too much open to interpretation — surely they either have that “50-mile-edge” or they don’t.

Aside from its ambitious range claims, Zaiser Motors also say their electric motorcycle will be one of the safest two-wheeled machines on the road, with LiDAR sensors, haptic feedback-enabled handlebars, and a sound system to replace the roar of a traditional motorcycle’s ICE.

The Electrocycle will be priced between US$20-25,000, with deliveries set to begin in 2023, if its crowdfunding project goes as planned.