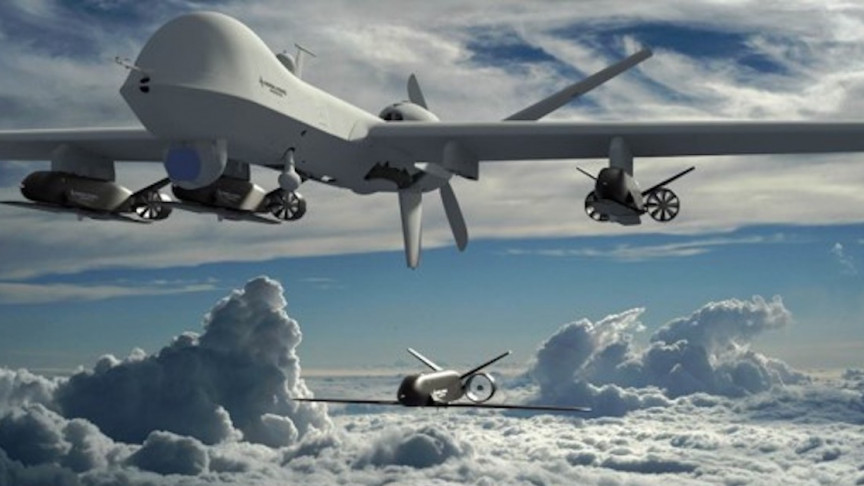 The star of the show was undeniably the company’s demonstration of their Sparrowhawk drone, which has the ability to be deployed and recovered by a larger drone during flight.

An airborne launch and recovery system

“The Sparrowhawk aircraft is designed as an airborne launch and recovery demonstrator aircraft tailored to fit GA-ASI platforms and is focused on Advanced Battle Management System’s attritableONE technologies.

The demonstration was a captive flight test, meaning the drone was not actually launched. Instead, the Sparrowhawk drone was tested for its aerodynamics and compatibility with the parent drone, an MQ-9 Reaper UCAV.

Easily deployable across the battlefield

As Eurasia Times points out, this drastically reduces the system’s logistical footprint and means that it should be easily deployable and controllable from across the battlefield.

This isn’t the month’s only impressive drone announcement by any means: last week, Interesting Engineeringreported on Sonin Hybrid’s first responder drones that go 140 mph (225 km/h) and can recharge during flight.

That, as well as the Sparrowhawk drone operation, uses UAV technology to bring to life something we only would have previously believed possible in science fiction.