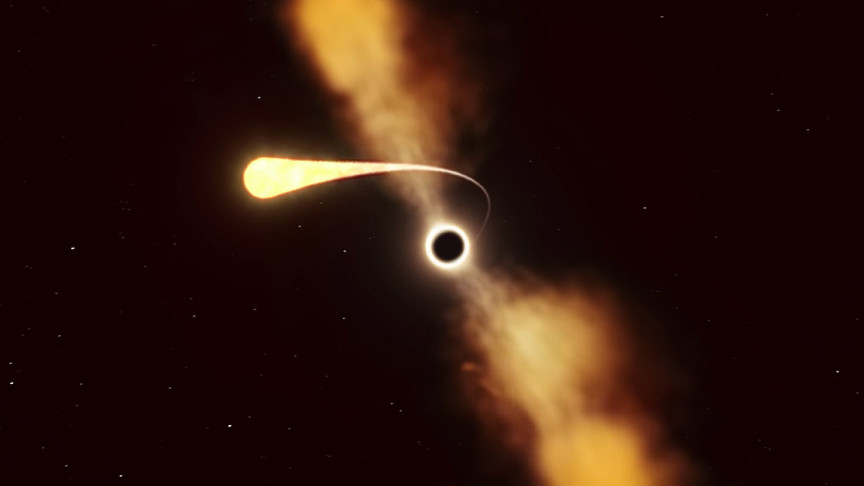 Recently, scientists around the world collectively captured a rare moment. In a flash of light, a supermassive black hole sucked in and ‘spaghettified’ an otherwise ordinary star.

The phenomenon we call ‘spaghettification’ here is formally called a tidal disruption event. This recorded instance is the closest one captured to date — it was just 215 million light-years away.

To put it in simple terms, when a star passes too close by a black hole, the extreme gravitational force of the black hole shreds the star material into thin streams. In this process, some material falls into the black hole, and this releases a bright luminescence which can be detected by our equipment on Earth.

These events are not always easily observable as they are often obscured by dust and debris. This time, the international research team was able to study the phenomenon in unprecedented detail thanks to it being detected shortly after the star got ripped apart.

You could say all eyes were on these two; European Southern Observatory’s Very Large Telescope and New Technology telescope,  the global telescope network of Las Cumbres Observatory, and the gamma-ray-burst detecting Neil Gehrels Swift Observatory all had their eyes on the event while it happened, until the moment it faded away.

Why is this significant

Lead author Dr. Matt Nicholl said, “The idea of a black hole ‘sucking in’ a nearby star sounds like science fiction. But this is exactly what happens in a tidal disruption event. We were able to investigate in detail what happens when a star is eaten by such a monster.”

And the University of Birmingham’s Samantha Oates continued, “When a black hole devours a star, it can launch a powerful blast of material outwards that obstructs our view. This happens because the energy released as the black hole eats up stellar material propels the star’s debris outwards.”

Thomas Wevers then noted how quickly it was discovered and how they “… immediately pointed a suite of ground-based and space telescopes in that direction to see how the light was produced.”

This provided the team with a wide range of frequencies: UV, visible, X-ray, and radio light. Since they caught it early, they could see the dust and debris being drawn up as the black hole “launched a powerful outflow of material with velocities up to 32,808,398 ft/s (10,000 km/s).” The star had a mass similar to our sun and had lost half of it to the black hole a million times more massive further explained Nicholl.

Watch an artist’s rendition of the rare moment below.

The findings were published yesterday in Monthly Notices of the Royal Astronomical Society.