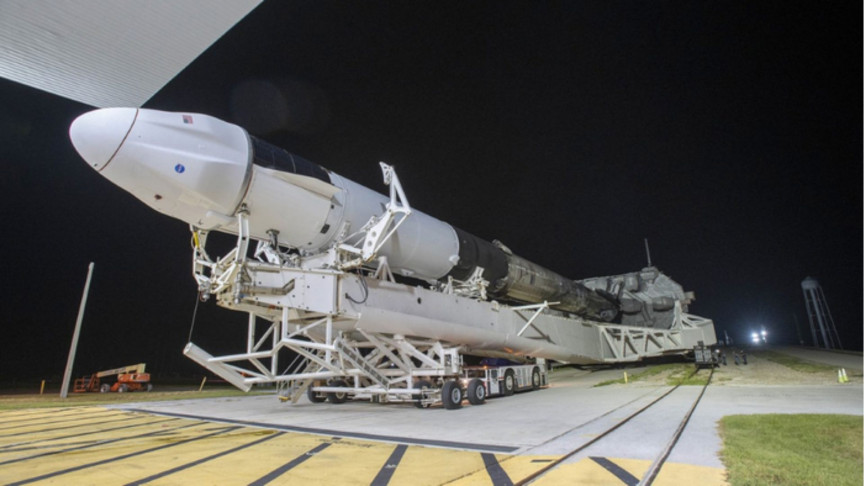 The International Space Station (ISS) is a unique laboratory available to mankind. The micro-environment, the extreme conditions, and the demanding requirements of space make it an excellent test field for new ideas and devices. Reaching the ISS laboratory this Monday is a next-generation implantable drug delivery system that can be operated remotely and could be used to treat and even prevent chronic ailments back on Earth.

The system is one of the many science experiments that were launched on the Commercial Resupply Services 23 (CRS-23), undertaken by SpaceX and NASA. The third mission for SpaceX, under an agreement, where privately operated spacecraft transport cargo and supplies to the ISS, used the Cargo Dragon 2 capsule, and reused a Falcon 9 booster, NASA said in a press release.

Considered insignificant and irrelevant to human existence just a couple of decades ago, experiments on the ISS are now looked at as a gateway to the science of the future. As colonization of planets comes closer to reality, it is pertinent to know the impact of space travel on humans and also if materials known on Earth retain their properties in different environments. More than 3,000 experiments have been carried out onboard the ISS so far, Nature reported last year.

Joining the list is the remotely controlled implantable drug delivery system, developed by Professor of Nanomedicine, Alessandro Grattoni, and his team at the Houston Methodist Research Institute. The purpose of the implantable drug delivery systems is to deliver precise quantities of medication only to target delivery sites in the body. While previous iterations have used specialized membranes to do this passively, Grattoni and his team have now developed an active system that can be controlled remotely using an app.

Faraday Research Facility (FRF), a multi-purpose research facility that is designed to connect with the ISS, houses the system. Inside the FRF are smaller chambers that can hold different experiments in place to be conducted in space. Developed by ProXopS, LLC, the FRF can hold up to 12 research environments in place and can be operated from the ground using the ISS Wi-Fi.

Grattoni’s trial system consists of sealed containers of saline tubes that will be operated from the ground. If successful, a future flight will use this system to deliver drug doses in rodent subjects, enabling complex drug dose regimens without stressing the subjects, the press release said. Apart from using the system for telemedicine back on Earth, it might also be utilized in astronauts who are on long-duration space missions and for diseases such as hypertension, rheumatoid arthritis, and sleep disorders.

Also on board the FRF is an experiment from the Girl Scouts who have sent ants to see how they colonize in low-gravity environments.

Onboard the cargo that will dock on Monday is a robotic arm from GITAI Japan to the feasibility of using robots to do routine and hazardous tasks in orbit. The technology could also be applied for disaster relief and servicing of nuclear power plants, back on Earth, said a NASA press release.

Astronauts on the ISS will also use a device that will attach to their iPad and take images of their retina. This is expected to improve our understanding of Space-Associated Neuro-Ocular Syndrome (SANS), seen in two-third of the astronauts, who have spent a month or longer in space.