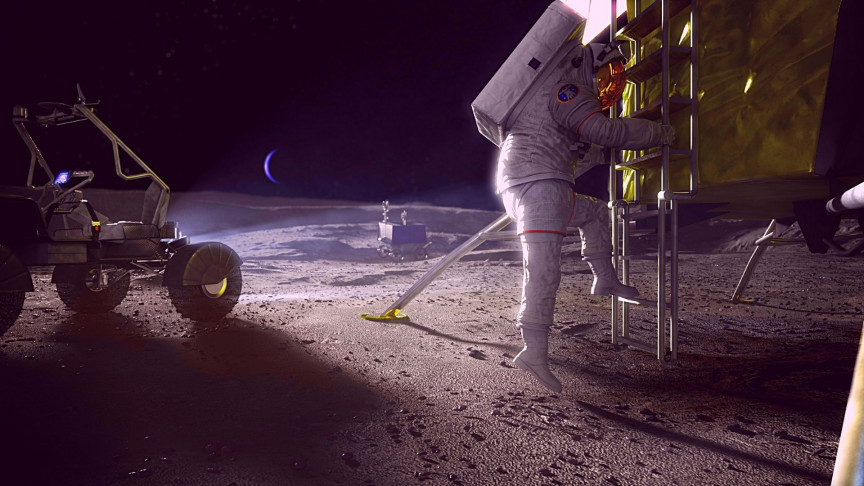 We’re closer than ever to a return to the moon.

NASA has just selected SpaceX, Blue Origin, and three other major companies to assist in the agency’s efforts to roll out steady crewed trips to the lunar surface as its Artemis program kicks off, according to a recent blog post from NASA.

SpaceX, Blue Origin, and other companies will work to develop a regular lunar landing flow for NASA astronauts

The awards were granted under the Next Space Technologies for Exploration Partnerships (NextSTEP-2) Appendix N, which are general agency announcements that have a firm price, and are milestone-based contracts. The $146-million efforts will continue through the next 15 months. Splitting up the award in reverse alphabetical order, SpaceX of Hawthorne, California, received $9.4 million, while Northrop Grumman of Dulles, Virginia, won $34.8 million. Another company, Lockheed Martin of Littleton, Colorado, got $35.2 million. Dynetics, a Huntsville, Alabama company linked to Leidos, won $40.8 billion. And, notably, Jeff Bezos’ Blue Origin Federation, based in Kent, Washington, finally got its break, with a $25.6-million NASA contract.

“Establishing a long-term human presence on the moon through recurring services using lunar landers is a major Artemis goal,” said NASA’s Associate Administrator Kathy Lueders of the Human Exploration and Operations at Headquarters in Washington, in the NASA post. “This critical step lays the foundation for U.S. leadership in learning more about the moon and for learning how to live and work in deep space for future missions farther into the solar system.” The five companies will work to design new lander design concepts, and analyze performance, construction standards, interfaces, mission assurance requirements, design, crew health accommodations, safety, and medical capabilities. The companies will also work to minimize and bypass the inherent risks of lunar landings by executing critical component tests, in addition to bringing crucial technologies into full maturity.

As Artemis moves forward, the work from these companies will play an increasingly vital role in shaping the future strategy for NASA’s aims to build a landing system capable of regularly transporting astronauts from lunar orbit to the moon’s surface. “Collaboration with our partners is critical to achieving NASA’s long-term Artemis lunar exploration goals,” said NASA’s Human Landing System Program Manager Lisa Watson-Morgan, at NASA’s Huntsville, Alabama-based Marshall Space Flight Center, in the blog post. “By partnering with innovative U.S. companies, we will establish a robust lunar economy while exploring new areas of the moon for generations to come.” NASA has high ambitions for its forthcoming Artemis program to transform into a cost-effective, safe, and long-term means of planting humans on the lunar surface, to become one of several customers buying commercial services in a future lunar transportation market.

A lot of the technology and systems developed for the moon landing will see future implementation when it comes time for humans to venture even farther into deep space, and explore the surface of Mars. The Artemis missions will see the first woman and first person of color step foot on the moon’s surface, in addition to an unprecedented demonstration of a suite of novel scientific instruments and technology to advance our grasp of the moon, where humans will establish a long-term presence to last for centuries.