Space Tourism? A New Spaceplane to Take Its First Flight 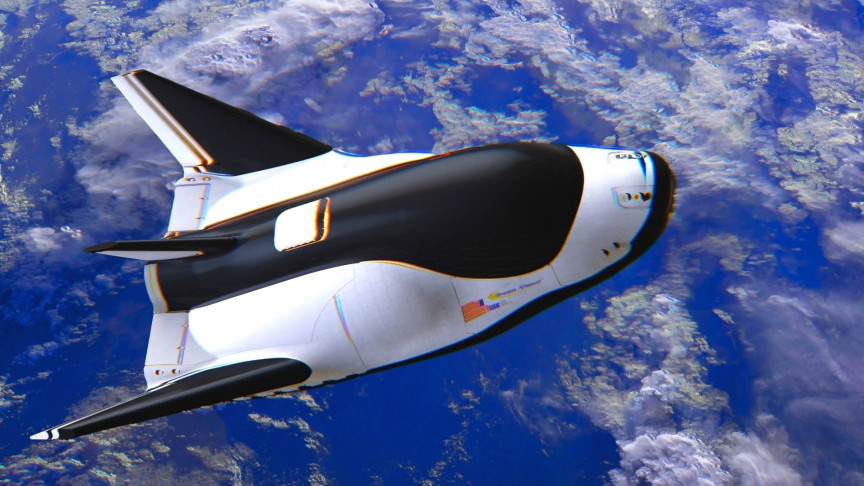 A cargo spacecraft constructed and operated by Sierra Nevada Corp. in Nevada aims to start Florida-based launches and landings for NASA in 2022 — according to a recent press release shared on the company’s official website.

Essentially an uncrewed, robotic spaceplane, the Dream Chaser will be lifted via a United Launch Alliance (ULA) rocket from Kennedy Space Center, to execute flights to the International Space Station.

The Dream Chaser will return via landing on the space center’s landing strip — earlier used for space shuttle landings — after it docks and delivers its cargo to the International Space Station (ISS). The first in the series of Dream Chasers is being prepped for delivery to Kennedy Space Center once spring 2022 comes, said former astronaut Janet Kavandi, who is also an executive vice president of Sierra Nevada, during a Tuesday press conference that took place on the landing strip. “When we first launch next year, 2022, at the end of that mission, we plan to come back and land here at this very runway,” said Kavandi.

Frank DiBello and Bob Cabana were also present at Kennedy Space Center. DiBello is the executive director of Space Florida, a development agency for space in the state — which manages the facility. Recently, Space Florida signed a contract to enable the use of its landing facility — and the Federal Aviation Administration also granted a license for the spaceplane to execute landings on the strip, said DiBello in a UPI report. This means — in addition to a NASA facility — Kennedy Space Center is becoming a multi-user, commercial spaceport, said Cabana.

Sierra Nevada also toured Kennedy, in addition to the nearby Cape Canaveral Space Force Station on Tuesday and Wednesday — in search of a fitting building in which to process the Dream Chaser spacecraft between active launch flows, added Kevandi. “We’ll look first at existing facilities on government property, but we may also consider building something ourselves if needed,” she added. Notably, the company will hire dozens of additional employees in the Florida region to process the spacecraft — in addition to other engineering necessities.

Sierra Nevada aims to build its own orbital ‘space platform’

In the last few years, much of the fame in space travel advances has gone to SpaceX, but Sierra Nevada is one of a multiplying number of commercial space firms competing for NASA business. It lost out to SpaceX and Boeing to deliver astronauts to the space station via Dream Chaser, but that doesn’t mean it can’t execute supply runs. SpaceX, on the other hand, successfully lifted astronauts to the ISS in its Crew Dragon capsule in 2020, while Boeing is still aiming for a test flight of the Starliner capsule later in 2021.

However, Sierra Nevada won NASA contracts worth $2 billion to finalize development of the Dream Chaser as a first-of-its-kind reusable cargo vessel — and it’s slated to fly at least seven cargo trips for the agency. The craft itself is only 30 ft (9 m) long — roughly one-quarter the space shuttle’s size. But in landing like a plane instead of splashing down in the sea like a SpaceX vehicle, science and other materials can return to Earth from the ISS at relatively breakneck speeds, according to Sierra Nevada and NASA.

Sierra Nevada also plans to build its own orbital space station — which has yet to be named. “We plan to launch our vehicles to a platform with inflatable modules where both uncrewed and crewed vehicles take people and cargo […] and then return safely to Earth,” said Kavandi in the UPI report. This is the latest in many NASA contracts Sierra Nevada has won since it was founded in 1963. While SpaceX and other private aerospace contenders like Blue Origin are already slated to play major roles as partners with NASA in its low-Earth orbit and moon ambitions, old hands like Sierra Nevada, Boeing, and ULA are still developing cutting-edge commercial space travel technology for the 21st century.