Space is Too Crowded. De-orbiting Satellites Could Help 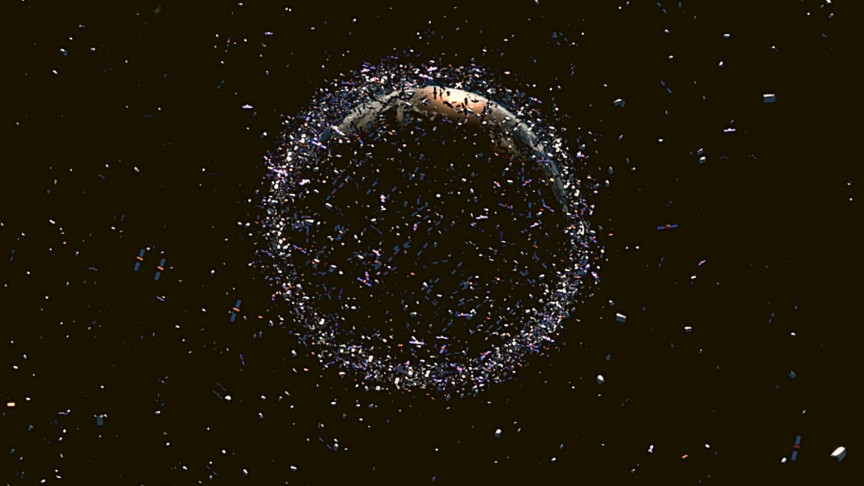 Outer-space is too crowded. As of Jan. 21 of this year, 3,372 satellites were orbiting the planet, and SpaceX is rapidly lifting this number with every Starlink launch.

However, a new satellite from a Dutch internet-of-things (IoT) company called Hiber recently sent a novel CubeSat satellite into space designed to de-orbit itself once its lifespan is exhausted, according to a press release emailed to Interesting Engineering under embargo.

The Hiber Four satellite was lifted on SpaceX’s Transporter-1 rideshare — the first of 2021. But with satellites launching into low-Earth orbit with increasing frequency, will de-orbiting satellites help to reduce the crowd?

De-orbiting satellites could reduce the crowd in space

Hiber Four is a second-gen satellite designed and built by Hiber’s in-house engineers — stationed in the company’s Amsterdam office. Both Hiber Four and its sister satellite Hiber Three — which is launching in March — are half the previous satellite generation’s volume.

This is significant because the reduced mass lowers the cost to launch up to 50%, according to the Hiber press release shared with Interesting Engineering (IE). This next-gen design features onboard propulsion — enabling them to alter the satellite’s orbital trajectory remotely.

Hiber satellites could inspire other companies to focus on de-orbiting

With on-board propulsion, Hiber’s satellites can avoid collisions and de-orbit themselves at the end of their lifespan — setting a new standard in responsible CubeSat constellation operators throughout the world.

“This is just the start of what’s coming,” said Co-Founder and MD Technology Maarten Engelen of Hiber, in the press release emailed to IE. “We moved all of our integration and operations for satellites and end-to-end solutions in-house last year, which gives us greater control over cost, functionality, and speed of improvement.”

“By controlling the full solution, we can innovate faster and respond quickly to customer needs,” added Engelen.

Earlier satellites from Hiber were developed and assembled externally, making Hiber Four the first entirely in-house project for the company. Some of the new technology aboard the Hiber Four includes the company’s most recent product — HiberHilo — an end-to-end temperature and wellhead monitoring system for fossil fuel firms.

This is especially relevant in light of the mass of space debris — also called space junk — which comprises 94% of all launches. Estimates of the total accumulation of space junk suggest more than 750,000 particles with a diameter between roughly 0.4 and 4 inches (1 and 10 cm), and more than 29.000 scraps of orbital junk with diameters greater than 4 inches are locked between low-Earth and geostationary orbital trajectories.

While technically there’s no weight in space, 64% of the space junk has a mass of 7,500 metric tons. It’s no surprise then that companies like Iridium — which aims to pay another company to de-orbit 30 of its now-defunct satellites stuck in orbit.

Ground-based astronomy may still have trouble seeing through the crowd

SpaceX is currently launching more satellites into space than any other entity — having launched at least 60 this week, as of writing. The company’s Starlink constellation — which is designed to offer global internet service to underserved areas of the world — consists of satellites designed to naturally de-orbit when their engines die, burning up in the atmosphere.

Hiber’s second-gen satellite series will ultimately help to lessen the crowded situation in low-Earth orbit, and avoid potential collisions with space junk or other satellites. But the ever-expanding constellation of orbital bodies from SpaceX and other entities still pose a threat to astronomers’ ability to observe and study the universe, since many observations require long-term and -exposure imaging of the sky. With satellites going up like clockwork, it’s unclear if the number will be low enough to allow astronomers to work unimpeded.