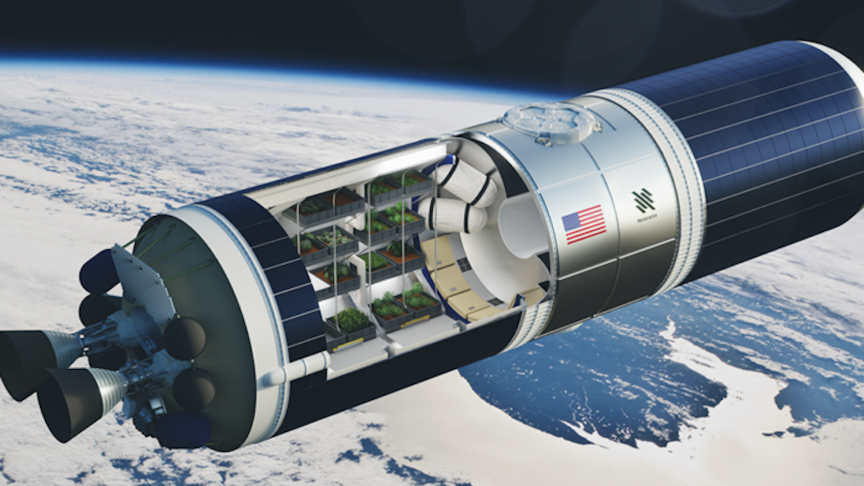 In yet another example of space technologies providing great benefit here on Earth, space services company Nanoracks says the solar greenhouses it originally designed for missions to the moon and Mars may soon be deployed in deserts here on Earth as well as in orbit around our planet.

In a press statement, the company announced that it partnered with the Abu Dhabi Investment Office (ADIO) to help develop Abu Dhabi’s Agtech ecosystem, with potential benefits for the entire world. The company will also “focus on advancing the knowledge and technology of organisms and food that are produced in the harsh environment of space.”

Nanoracks set up a spinoff company in the United Arab Emirates (UAE) called StarLab Oasis to develop these technologies, and it will open its first experimental greenhouse in 2022, according to Space.com. The solar-powered greenhouses can help countries such as the UAE, which imports 90 percent of its food to become more self-sustainable in the future, as it can allow them to grow crops in arid desert conditions. “StarLab Oasis will provide the technology and access necessary to overcome the direst challenges facing our Earth today, from climate change to water scarcity, and to one day in turn, help sustain tomorrow’s farmers, innovators, and space explorers,” said Jeffrey Manber, CEO of Nanoracks.

Aside from using its solar-powered greenhouses, StarLab Oasis will also send seeds to space in order to produce more resilient mutations of existing key agricultural crops — this is a method that has been used extensively by China’s space program, with successful results.

“A great amount of the world’s sustainable and economically efficient food production will one day come from deserts, harsh environments and off Earth,” Nanoracks general manager Allen Herbert told Space.com in an interview. “The reason for that is the abundance of renewable solar energy. I believe that thanks to the technology that we develop, we will be able to grow plants more efficiently in deserts and in space because of the available energy.”

A combination of climate change and growing populations means that governments worldwide increasingly have to look to new methods for sustainable food production, especially as increasing temperatures are expected to contribute to food insecurity in the future. Other innovations such as artificial intelligence and vertical farming also have great potential for boosting yields amid increasing food insecurity. Much in the same fashion as Nanoracks’ solar-powered greenhouses, these technologies are very much in the early developmental phase — earlier this year, for example, we reported on Australia’s first experimental fully-automated farm, designed to maximize productivity using robotics and advanced data analytics.