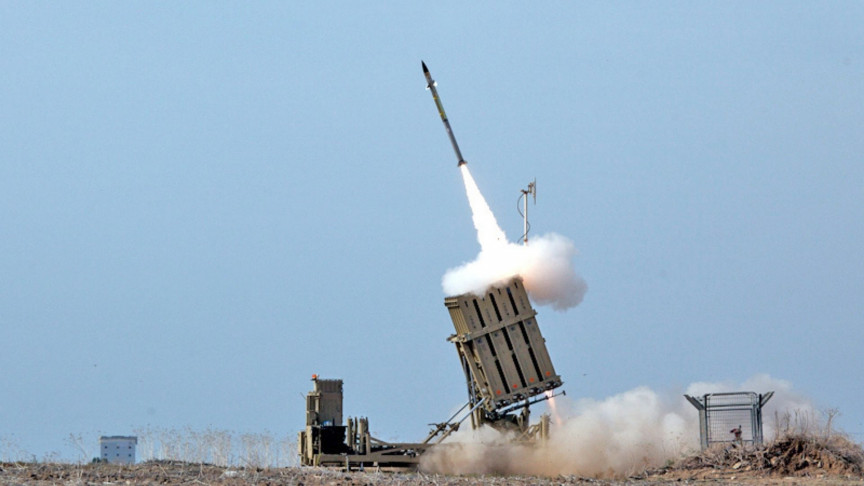 South Korea is pursuing the development of its own Iron Dome, after witnessing the success of a defensive missile system in the Israel-Hamas conflict earlier this year. The country is willing to spend $2.6 billion on this technology that will protect its capital city of Seoul and other key areas that sit a few miles away from its border with North Korea, Reuters reports.

The two Korean countries engaged in a war in the early 1950s that was brought to a halt with a truce in 1953. However, a peace treaty was never signed and both countries continued to build on offensive strategies over many decades. Late last year, North Korea displayed the biggest intercontinental ballistic missiles (ICBMs) we have seen, while South Korea upped the ante in April this year by unveiling an indigenously built supersonic fighter jet.

It is reported that North Korea has deployed an arsenal of over 13,000 guns and rocket launchers along the border, which is barely 25 miles (40 km) from the capital city of Seoul in South Korea. The city is home to over 25 million civilians. South Korea is already in possession of Patriot and Terminal High Altitude Area Defence (THAAD) anti-missile defense systems while also deploying the Korea Tactical Surface to Surface Missiles (KTSSMs) last year, Al-Jazeera reported. But the Defence Acquisition Programme Administration (DAPA) doesn’t seem convinced.

The country has now approved plans to construct its own Iron Dome that experts suggest would be more sophisticated than Israel’s version. The exorbitant cost of $2.6 billion of the project, which is expected to be completed by 2035, is actually minuscule to the annual defense budget of approximately $50 billion.

Park Jung-eun, the secretary-general of a non-governmental organization (NGO) called People’s Solidarity for Participatory Democracy in South Korea has been working as a peace activist for over a decade and a half and he points towards the imbalances between the two nations’ military might. “This increase in arms ultimately prevents the North from making other choices … to focus on asymmetric weapons such as nuclear weapons and weapons of mass destruction,” he said.