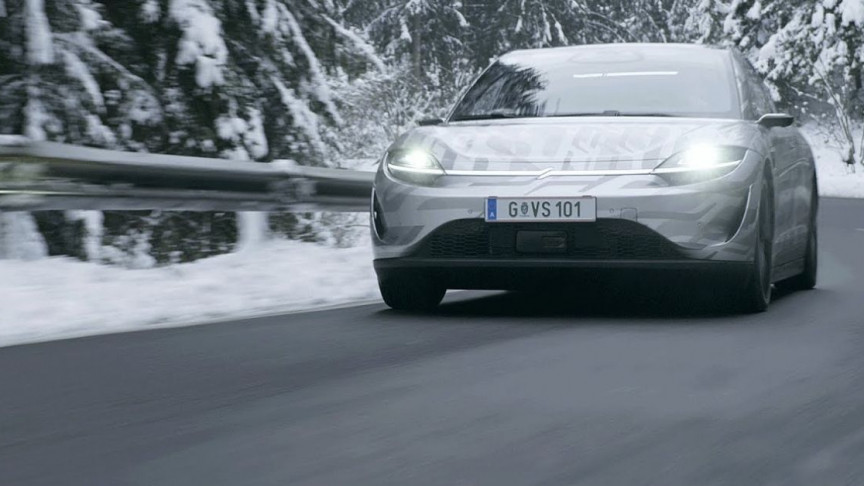 Sony revealed a newly-developed voice recognition system for its Vision S concept car during the company’s live presentation on CES 2021. The company also gave a demo of its Crystal LED C-Series with high contrast, in addition to the B-series — featuring high brightness.

Sony has developed a new voice recognition technology for its concept car — capable of reading speech, facial, and gestural movement, supporting voice recognition in essentially any environment, even in a top-down convertible.

The company compared traditional audio technologies to Sony’s new lip-reading technology, which leverages a camera on the dash.

The audio system pairs traditional audio with lipreading to enhance the clarity and recognition of the driver’s speech. Sony sees this technology as also being used to help the hearing impaired in the future.

In the entertainment space, Sony announced the launch of BRAVIA XR Televisions. The TVs have “cognitive intelligence” which is built into the display, and tailors the colors and contrast of the picture to how the brain processes imagery. The result is reportedly a picture clearer and crisper than anything else on the market, according to Sony’s CES 2021 presentation.

Sony also noted that as the COVID-19 virus has transformed our viewing habits, one of the main reasons that Sony has invested so heavily into their BRAVIA XR technology this last year.

The Associated Press announced that it has chosen Sony to supply their field teams with all of their recording and filming equipment. This decision was based on Sony’s vast line of camera capabilities, giving the AP any tool they need to get the job done.

Sony announced that more than 80 Netflix shows have been shot on their new Sony Venice cameras, their newly-announced premiere line of professional mirrorless cameras.

Sony North America made a number of announcements at CES 2021. The company is innovating across a wide variety of industries all with the focus on the company’s three key concepts: realtime, reality, remote.

Sony also gave a demo of its new drone, called Airpeak, which will ship later this year. The new Airpeak drone is capable of carrying the full load of a DSLR Alpha camera for professional filmmakers — and it looks like it might be one of the best professional drones on the market.

Both of Sony’s new displays are available in two pixel-pitch sizes — P1.26 mm and P1.58 mm — to work with varying installation needs and expand Sony’s Crystal LED lineup for multiplying applications. These include corporate showrooms, productions, and lobbies.

At CES 2020, Sony dominated headlines with their surprise announcement of their Vision S concept car. Coming after such a major announcement in 2020, CES 2021 was bound to see a slight drop in the gravity of announcements, for Sony. But not by much.