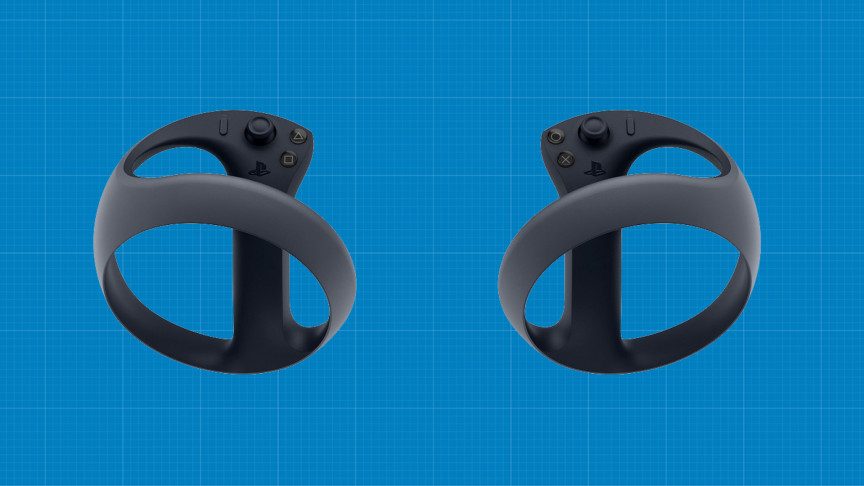 Today, on March 18, Sony has unveiled its new virtual reality controller for the PS5 with the same immersive adaptive trigger technology found on the DualSense PS5 controller.

The company unveiled the new controllers at the same time as teasing that there is still “much more to share about the next-generation of VR on PS5” — the company has yet to fully reveal its next-gen VR headset.

“Our new VR controller speaks to our mission of achieving a much deeper sense of presence and a stronger feeling of immersion in VR experiences,” Hideaki Nishino, Senior Vice President, Platform Planning & Management for PlayStation, stated in a press release.

The new controller takes on an “orb” shape, allowing users to hold the controller naturally. The design should prevent a lot of users flailing around searching for dropped controllers while they still have their VR headsets over their eyes — if anyone wearing a VR headset drops the controller, it will be caught by their wrist.

The new controller was also designed with ergonomics in mind, meaning that it should be comfortable to hold and well balanced.

Enabling a ‘much more visceral’ interaction with virtual worlds

Several key features mean that the new VR controller “enables players to feel and interact with games in a much more visceral way,” Hideaki Nishino says.

Adaptive triggers, similar to those of the PS5’s DualSense controller add “palpable tension” when pressed. As an example, if someone is drawing a bow in a game, they will feel a much more realistic representation of the tension of the bowstring in the trigger when compared to traditional gamepad triggers.

The new controller will also have special haptic feedback optimization. The rumble feature in the controllers will add to the realism of traversing virtual worlds by imitating real-world tactile responses to the digital environment.

More traditional features include hand tracking via a ring across the bottom of the controller, as well as “action buttons”, including a “grip” button that can be used to pick up in-game objects.

Sony says that prototypes of the new VR controller will soon be sent to third-party developers, meaning there is likely still some time before we see the controllers released. However, it looks like the new controllers could bring some incredibly imaginative visions to life.

“SIE’s Product, Engineering, and Design teams have collaborated to build our new VR controller from the ground up with a goal of making a huge leap from current-gen VR gaming,” Nishino says. “We’re thrilled with the controller we developed, but what matters now is how game creators will take advantage of the features to design the next generation of VR experiences.”

Sony has yet to reveal its next-gen VR headset, though it did reveal last month, February 23, that the new system will have an improved field of view as well as improved screen resolution. The Japanese tech giant also revealed the headset will utilize a single cord to “simplify setup and improve ease-of-use while enabling a high-fidelity visual experience.”

Sony previously mentioned it does not plan to launch its next-gen virtual reality headset this year, meaning it will likely be released at some point in 2022.