Something Enormous Just Slammed Into Jupiter 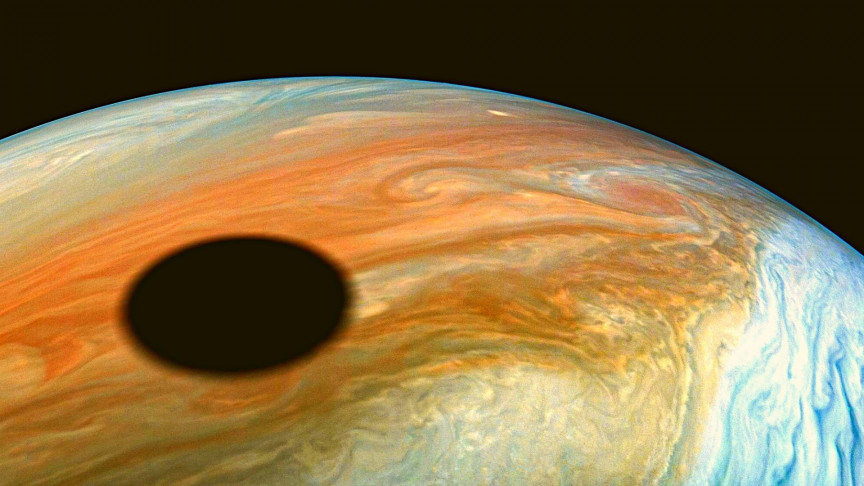 Some planets take a lot of hits for us.

Jupiter, the largest gas giant in the solar system, was just slammed by an asteroid, according to an initial tweet from ESA Operations.

As the strongest gravitational force next to the sun, this isn’t that uncommon. But it serves to remind us that, while the Earth isn’t moving in a shooting gallery of apocalyptic asteroids, asteroid detection technology must continue to expand, lest one day we awake to learn it’s the last any of us will ever live before an extinction-level impact.

Jupiter gets punched in the face a lot

On September 13, 2021, at roughly 6:39 PM EDT, amateur astronomers monitored and recorded a colossally bright flash of what seemed to be an impact on Jupiter. Harald Paleske of Germany was recording the shadow of Jupiter’s moon, Io, as it passed in front of the planet. But other astronomers involved included José Luis of Brazil, Michel Jacquesson and Jean-Paul Arnould in France, Simone Gelelli of Italy, and Didier Walliang and Alexis Desmougin of the Société Lorraine d’Astronomie, also on France. Many also filmed the event, and suspect an impact on Jupiter.

While still unconfirmed, the putative event would mark only the eighth impact witnessed on Jupiter since the initial impact of Shoemaker-Levy 9 in 1994, which disintegrated into separate parts as Jupiter’s immense tidal forces ripped it open, transforming the singular asteroid into a rapid-fire event of glorious mayhem. Sadly, no one on Earth was able to see the explosions, since the impacts happened on Jupiter’s far side. But a 7.2-ft (2.2-m) Hawaii-based telescope photographed the heat signatures of each impact site as they swiveled into view. The Hubble Space Telescope also snapped grim pictures of the dark, bruise-colored smears strewn beneath the clouds, aptly named “scars.”

As of writing, scientists are unsure how often Jupiter is impacted by something so massive or high-velocity that it generates an impact flash we can see from Earth, but the consensus is it’s fairly often; between 20 and 60 times every year. If the Earth experienced significant impacts with the same frequency, its surface may never have cooled enough to form liquid oceans, and life. But luckily, Jupiter’s unconscionably strong gravitational field is gigantic, and accelerates incoming meteorites to unkind speeds, multiplying the kinetic energy of the incoming bodies by several orders of magnitude, which is proportional to the level of energy released upon impact (think of how baseballs hurt more if slam into you with greater speed).

But Jupiter doesn’t take every cosmic hit headed Earth’s way. Some scientists suspect we’re overdue for another asteroid impact of a similar scale to the one that spelled doom for the dinosaurs. These happen once every 50 to 60 million years. Lucky for us, NASA gave the green light for a new space telescope, called the Near-Earth Object Surveyor (NEO Surveyor), in June. And it’s designed to upgrade Earth’s planetary defense network by detecting comets and asteroids with potentially dangerous orbital trajectories. “[W]e think there are about 25,000 NEOs large enough to wipe out an area like Southern California,” said NEO Survey Project Leader Amy Mainzer in a statement from the University of Arizona. “Once they get bigger than about 450 feet in diameter, they can cause severe regional damage. We want to find these, and as many smaller ones as possible.” This could take a few years to launch, and we have other means of detecting NEOs. But whenever a monumental impact flashes from the cloud tops of Jupiter, remember: That might have been us.