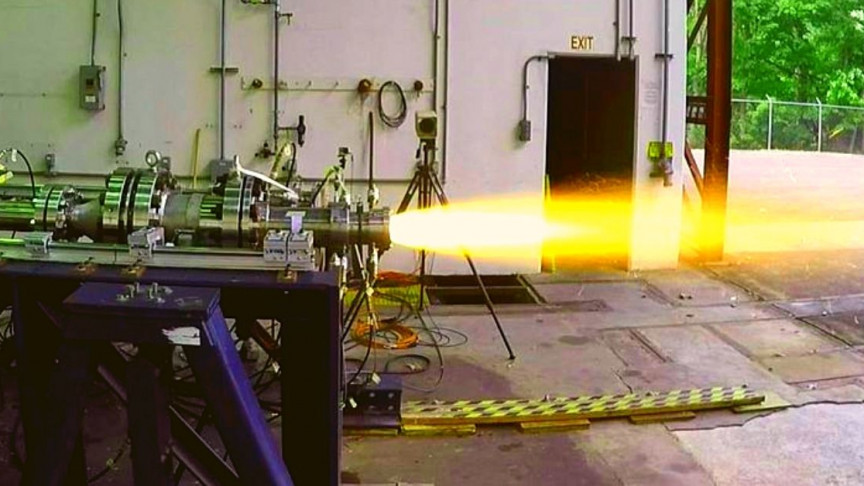 Northrop Grumman — a major military-industrial manufacturer  — has completed successful ground tests of a novel Solid Fuel RamJet (SFRJ) tactical engine, under development for the U.S. Army, according to a press release shared on the company’s official website.

The engine is part of the U.S. Army’s XM1155 Extended-Range Artillery Projectile (ERAP) program, and is engineered to increase the effective range of 115-mm artillery shells to more than 62 miles (100 km).

Despite countless advances in drone technology and laser-based weaponry, artillery remains the cornerstone of military fire support for infantry and other, miscellaneous ground forces. The issue lies in the relatively short effective range of artillery pieces. Additionally, once shells are fired they typically follow a ballistic (or free-falling, gravitational) trajectory — which means there is no way to redirect a shell’s course once it leaves the gun muzzle. This reduces the weapon’s effectiveness against mobile targets capable of actively dodging incoming artillery.

However, there are multiple ways of overcoming this weakness, all of which are under investigation. One of the more promising options is the SFRJ — a ramjet those in the know also call a flying stovepipe, since it consists of an empty tube through which fuel flows.

And at high and supersonic speeds, the ramjet’s forward motion compresses incoming air before burning the fuel, creating thrust without any need for moving parts.

Solid-fuel ramjets are ones with solid fuel lining the engine — instead of propelling themselves with injected liquid jet fuel. The same compression and combustion happens, which gives them thrust — and the technology is under development for several uses, like boosting hypersonic missiles and enhancing artillery range.

When an SFRJ-equipped shell is fired, it accelerates the engine to operational velocity — igniting the engine. Once it’s going this not only extends the range of the shell, but also the projectile’s flight characteristics — since the engine prevents it from losing velocity from air resistance. Additionally, this also helps the shell redirect its flight trajectory, adding a new layer of precision to military forces interested in landing artillery on moving targets.

Phase One of the XM1155 ERAP ground tests involved the firing of several projectiles to determine the SFRJ’s ability to survive — and the experiment satisfied all expectations. The final aim is to make a shell capable of working against stationary and moving high-level targets in any weather condition, on any terrain on Earth.

Despite the widespread economic downturn in nearly every industry around the world amid the coronavirus crisis, cutting-edge research in military hardware like hypersonic scramjets, ramjets, and more are surging forward without pause — to deliver the next generation of modern combat.