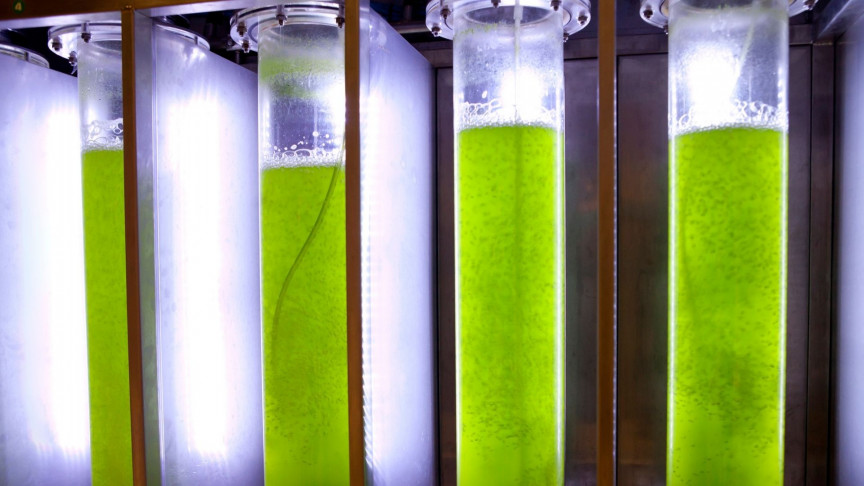 Do you have those friends who are willing to turn a blind eye on the destruction of forests to feed our growing population? Isn’t it irritating to have no real answer to how one can feed billions of us without harming our environment? Well, not anymore. Researchers have already begun working on producing food from the air that will free up land resources for more forestation. What’s more, it will be able to feed more people than traditional crops.

Feeding our burgeoning population is a massive challenge. Over the last few decades, more and more forest land has been converted to grow crops for human consumption. This is accelerating climate change and pushing many species to extinction.

Many innovations are being pushed to change the way we farm our food. One such method is the use of microalgae, protists, yeast, and bacteria as replacements for animal feed. Finland based Solar Foods makes Solein, a protein it calls is ‘made out of thin air.’

The protein is made by first capturing carbon dioxide from the air and then converting it into formate that bacteria can use to grow. At a certain stage, the organism is harvested and then processed into a protein powder that can be consumed, hence the name ‘Single Cell Protein (SCP)’. Since the bacteria grows in bioreactors, the process can be carried out in even the most barren lands.

But how can one know if these solutions are really practical or just ideas that can’t be scaled? Solar Foods’ demonstration plant will go live only in 2023.

Researcher Dorian Leger at the Max Planck Institute of Molecular Plant Physiology set out to find the answer to this question. With his team, he compared the efficiency of the single-cell protein culture to traditional agriculture. The results of their analysis were published in PNAS.

The study estimates that the every year SCP process could yield 15 tonnes of protein per 2.5 acres (1 hectare) and meet the dietary needs of 520 people. In comparison, a soya plantation in the same area would yield just 1.1 tonnes of protein, enough to feed 40 people. Leger told New Scientist, “If you have 10 square kilometres of soya bean fields in the Amazon, hypothetically you could make that 0.38 sq mi (1 sq km) of solar panels and reforest the other nine.”

Applicable to a diverse host of environments

Even though the process was solar-powered, the low availability of sunlight in certain countries did not impact the output much.

A cost comparison showed that the SCP is currently comparable for human proteins but expensive for animal feeds. As technology develops, the costs would reduce further making them cheap yet sustainable.

With regards to acceptance, the authors of the study argue that public acceptance would not be much of a hurdle, since we already consume a lot of fermented foods like bread, dairy, and soy sauce. As with other foods, SCP would also have to demonstrate health benefits and pass safety standards and regulatory hurdles.

Leger thinks that with this technology, we are paving the way for a new future, where our technology will outperform millions of years of evolution in crops.