Solar Domes Could Desalinate Seawater at a Commercial Scale 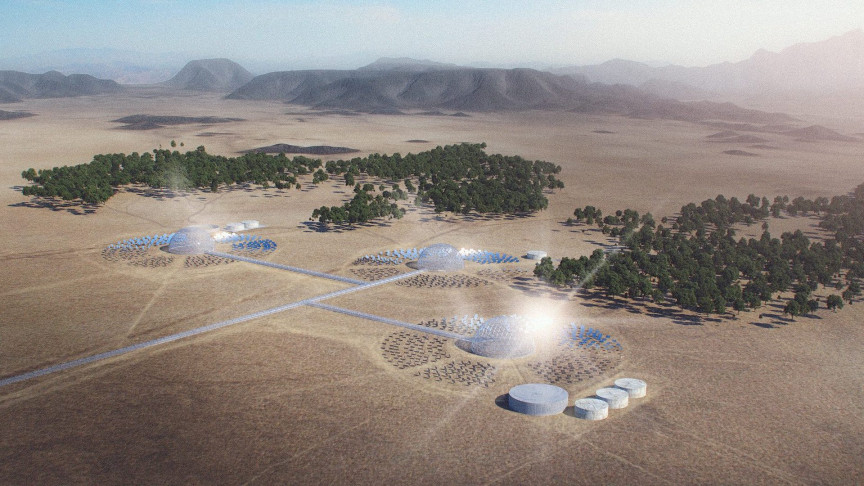 71 percent of the Earth is covered in water, but only 3 percent of that is freshwater. The effective desalination of seawater at a mass scale would clearly be a world-changing achievement, celebrated the world over.

A future of carbon-neutral seawater desalination

The agreement, made on January 29, 2020, will see the London company build its technology in the northwest of Saudi Arabia, with the solar dome plant expected to be finished by mid-2021.

The plant is essentially “a steel pot buried underground, covered with a dome,” making it look like a ball, Solar Water CEO David Reavley told CNN Arabia. The glass dome, a form of concentrated solar power (CSP) technology, is surrounded by “heliostat” reflectors that focus solar radiation towards inwards. Heat is transferred to seawater within the dome, which evaporates and then condenses to form freshwater. The solar dome plant does not utilize polluting fibers that are typically used in reverse osmosis desalination technologies, and Reavley claims that it is cheap and fast to build at the same time as being carbon neutral.

Questions do remain about the efficacy of CSP technology. One study in 2019, for example, pointed out that there is little evidence supporting the fact that the technology could be effectively deployed at a mass scale. The stakes are high, therefore, for Solar Water PLC’s 2021 experiment. If they achieve their goal, they will prove the feasibility of a new carbon-neutral desalination technique that doesn’t require vast amounts of electricity and polluting chemicals.

Solutions such as Solar Water PLC’s solar dome are particularly important in the Middle East, as large regions in the area get little rainfall and there is a lack of fresh water sources. Another recent experiment has seen “rain drones” deployed in the United Arab Emirates. The controversial drones discharge electricity near clouds to encourage perspiration. Sunlight, on the other hand, is abundant, meaning it can be harnessed for electricity and, in this case, for turning seawater into drinkable fresh water.