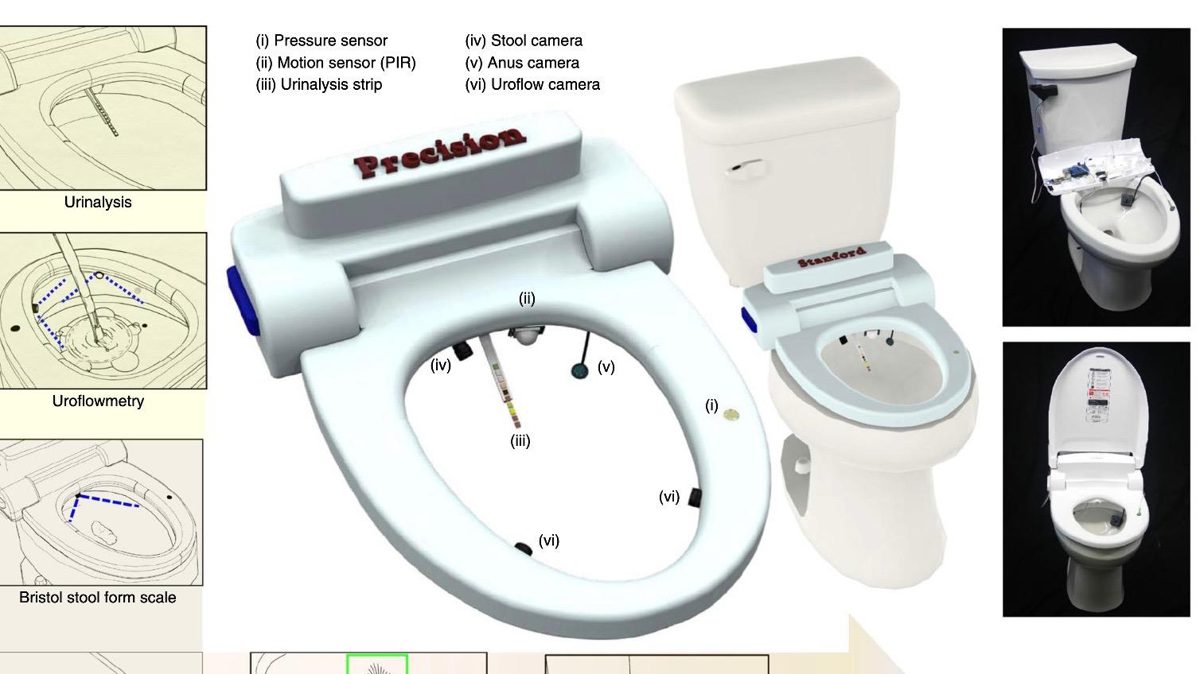 Scientists at Stanford University built the feature in a disease-detecting smart toilet. On Monday, the team published a paper on the device, which is loaded with a variety of sensors and cameras.

As you might guess, the toilet works by taking images of your urine and stool so that doctors can monitor your health. Specifically, the sensors can help identify signs for various cancers as well as gut disorders and liver diseases.

The technology can also automatically differentiate between liquid and solids, thanks to infrared and pressure sensors fitted inside the toilet seat. For instance, if it detects you peeing, the toilet will load up and extend a disposable testing strip to take a urine sample. Built-in cameras along the seat’s interior can also record images of the urine and stool samples, which will then be uploaded to your health provider’s secure cloud storage for analysis.

But why a butthole scanner? Well, the scientists actually included fingerprint sensors on the toilet’s flush handle as a way to track who’s using the bathroom appliance.

“The whole point is to provide precise, individualized health feedback, so we needed to make sure the toilet could discern between users,” senior author of the paper and professor of radiology Sanjiv Gambhir told Stanford Medicine.

However, his team realized it’s possible one person could end up using the toilet, and another could end up flushing. Other toilets also have auto-flushing mechanisms in place. So to come up with a fool-proof method of recognizing the user, the Stanford scientists developed an “analprint” identification system, which relies on a camera to record a short video clip of the user’s underside.

Whether people will actually adopt the team’s smart toilet technology is another matter. But the team actually surveyed 330 participants on the concept, and found 37 percent of the respondents were “somewhat comfortable” with the idea.

Gambhir also believes his smart toilet can offer more continuous monitoring over other health-tracking wearables. “Everyone uses the bathroom — there’s really no avoiding it — and that enhances its value as a disease-detecting device,” he said.

It’s unclear how much the toilet might cost, or if plans are being made with healthcare providers to bring it to market. But if the system does go up for sale one day, it can be mounted on existing toilets like a bidet.