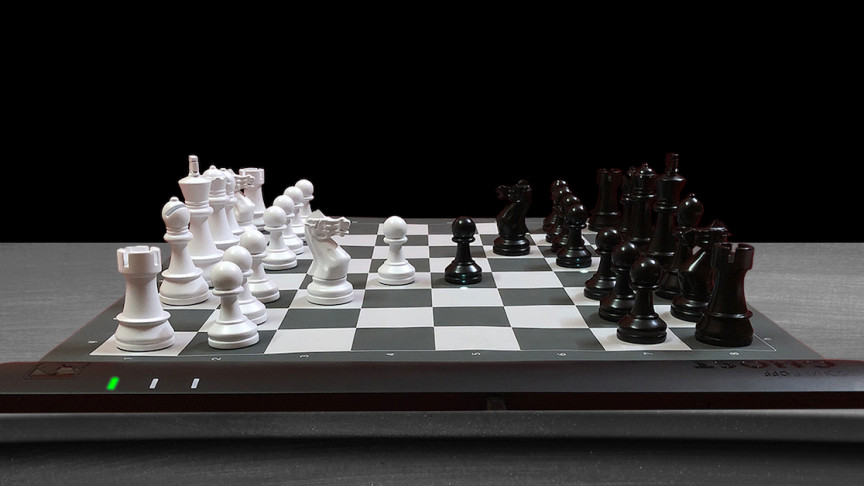 The company is known for its chessboard that merges physical chess with online gaming — self-moving pieces allow users to play against opponents across the globe.

RELATED: THREE PLAYER CHESS IS JUST AS CRAZY AS IT SOUNDS

Capitalizing on pandemic lockdown boredom and the recent surge in chess popularity due to Netflix series “The Queen’s Gambit,” Square Off is showing off its latest chessboard innovation at this year’s digital event.

“Square Off is all set to revolutionize board gaming across the globe and 2021 looks very exciting,” company co-founder and CEO Bhavya Gohil explained in a press release detailing Square Off’s plans for 2021 and CES.

“We are working round the clock to deliver Neo & Swap to our backers at the earliest. The portable and globally connected rollable chess computer would revive how chess is played,” he continued.

The new type of chessboard adds portability at the expense of some of Square Off’s best-known features. The self-moving pieces capability, for example, has been removed in order to allow the board to be rolled up and easily taken on the go.

However, as Square Off points out, the system still uses the company’s proprietary AI and smart chessboard technology that allows players to play globally against competitors via their physical chessboard.

As Tech Crunch points out, this is Square Off’s first commercial offering not to be funded via crowdsourcing. The Mumbai-based company says it expects to bring the product to market around March of this year at $199.