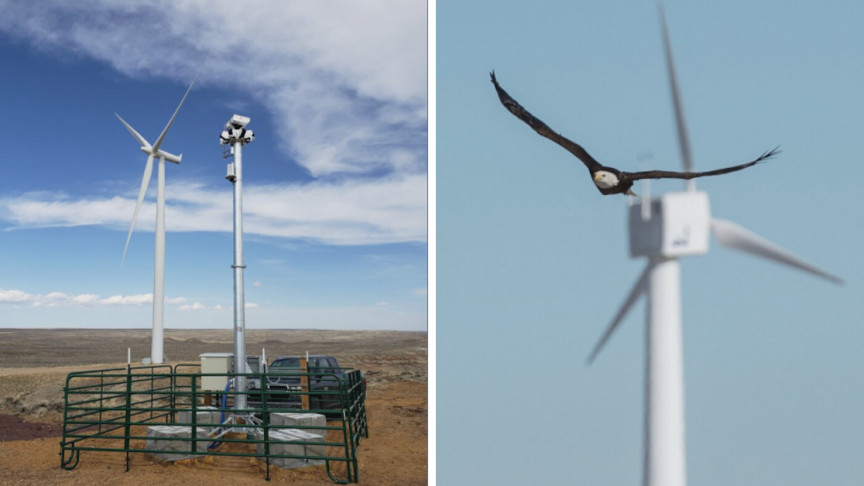 A new automated camera system that stops wind turbines from spinning when it spots eagles nearby has shown significant results in reducing the birds’ fatalities.

Developed by IdentiFlight, the system uses AI and machine learning to keep improving to save more eagles and endangered bird species’ lives from wind farm-related deaths.

Given how rapidly renewable energy is expanding around the globe, wind turbines have increasingly been popping up across our planet. Despite being one of the best options for renewable energy, wind farms have also proven to kill birds with their turning blades.

How the IdentiFlight system works

Simply put, IdentiFlight’s new camera system detects the presence of birds, figures out if they’re endangered, and stops wind turbines from spinning before the birds can hit them. In reality, though, it’s a much more technical and advanced system.

IdentiFlight’s sytem blends AI and high-precision optical technology to detect eagles and other protected bird species. The images are processed, determine velocity, trajectory, and position within seconds of detection. These optical towers operate autonomously, detailing, classifying, and curtailing potentially harmful wind turbines. They can pick out a bird up to 0.6 miles (one km) away.

The study on IdentiFlight’s system was published in the Journal of Applied Ecology and explained that the curtailment system resulted in an 82 percent decrease in eagle fatalities linked to wind farms. “As this technology continues to develop and improve, it has the potential to greatly impact raptor conservation around the globe,” said Dr. Chris McClure, lead author of the study.

The study that led to this data was carried out at a wind farm site in Wyoming in the U.S.

IdentiFlight’s system doesn’t stop there. Every year, the system adds around 10 million new images of birds every year with over 47 million images of protected species gathered. The smart system keeps learning from its gathered data using machine learning and other AI systems, and is able to identify more and more protected bird species each year — ultimately saving more and more birds.

“We now have conclusive evidence that IdentiFlight can be utilized as a mitigation and minimization solution for current and future wind projects, said Ben Quinn, Senior Vice President at IdentiFlight.