Simulated Robot Manages to Carry on With a Broken Leg 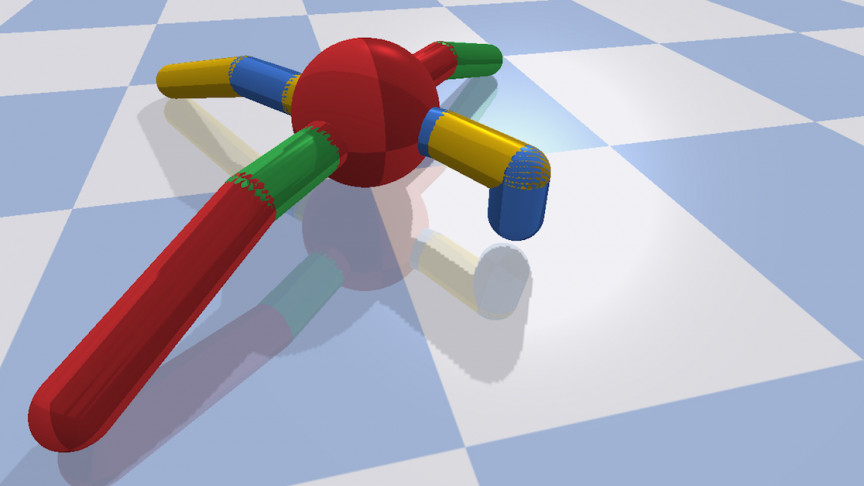 The world of robotics is advancing in leaps and bounds, and this new video is no exception.

First shared by Science Magazine, the YouTube video depicts two simulated robots going about their business. You quickly notice that they’re acting very differently, with one turning on its back, legs akimbo and wildly flapping above its head, while the other scurries on unperturbed.

The interesting part is that both have had one leg partially “removed.”

The study was published in NeurIPS Proceedings.

Both robots’ brains have been updated and have evolved over “300 times,” yet one seems to continue operating as normal even with one less limb, while the other struggles.

As the study pointed out, this is because only one of the robots has been taught to adapt to new circumstances.

Most artificial intelligence (AI) relies on neural networks, which are algorithms based on the human brain. The main difference; however, is that the human brain continually keeps learning and adapting, whereas AI brains don’t.

To further test this, researchers of the new study created nets with “Hebbian rules” — which are mathematical formulas that enable AI brains to continually learn, just like human brains.

To test its theory, the team partially removed the front left leg of two robots, to see how they would react in order to compensate for the missing limb. Both robots were a little shaky at first, but shortly thereafter the Hebbian bot carried on walking, whereas the regular AI brain bot flipped back and stopped.

The point of the study, as Science Magazine reported, is to demonstrate how Hebbian learning could someday improve algorithms that are usually used for learning new languages, driving, or recognizing images.

If anything, this study certainly proved that Hebbian learning could prove incredibly useful moving forward.