Should the US Enter an Arms Race for Hypersonic Nuclear Missiles? 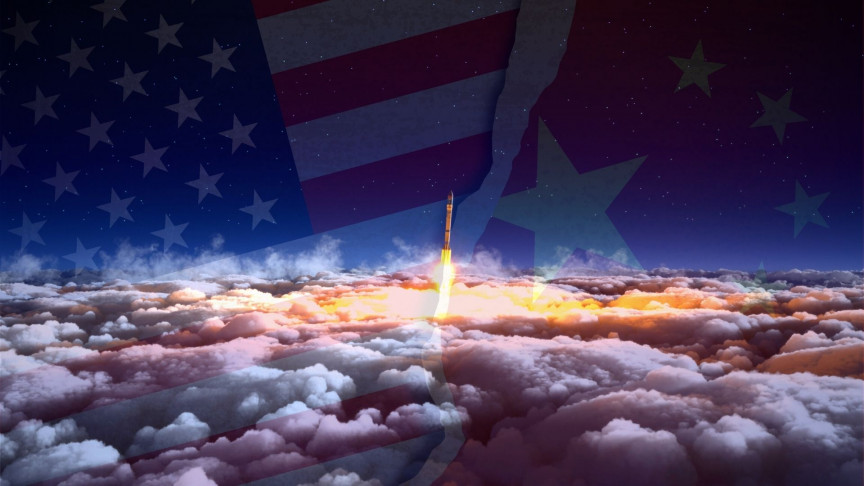 With emerging reports of Russia, North Korea, and recently China successfully testing hypersonic cruise missiles, the pressure is on the U.S. to advance its own hypersonic missile program, spending valuable time and resources to get even, if not ahead. Domain experts believe that there are many reasons why this could end up being an arms race. But is that something the U.S. really wants to get into?

A recent report suggested that China had tested a nuclear-capable hypersonic missile, a development that U.S. officials were totally caught unaware of. The scenario has many similarities with the recent history of the space race with Vice dubbing it the ‘Sputnik’ moment, which raised fears of another Cold War after the Soviet Union launched a satellite in space. Although China denied that it had tested a hypersonic missile, lawmakers in the U.S. will urge the government to push defense spending on the hypersonic missile program to ensure that the U.S. develops on before China does.

Earlier in Jan 2020, Science had reported that ‘National pride was at stake’ for countries engaged in the development of these hypersonic missiles and it is likely that the sentiment will be stoked again in the light of recent developments. While the U.S. has been developing hypersonic weapons that can be launched from its air, land, and sea platforms, Russia and North Korea have allegedly developed missiles that can carry nuclear warheads.

While this is worrisome, the only deterrent against such a weapon is another nuclear warhead, and hoping that leaders of these countries are not okay with annihilation. The Vice report recounts a turning point in U.S. history after 9/11 where President Bush unilaterally decided to withdraw from the Anti-Ballistic Missile (ABM) Treaty that was signed in 1972 and served as a deterrent by keeping anti-ballistic defense measures to a minimum.

As countries strengthened their missile defense systems, rivals work on new ways to counter them. However, Vice reported that the U.S. missile system is barely functional in real-world scenarios. It is not operational in inclement weather and is unlikely to stop a nuclear missile if it were ever fired.

For years, we have been looking at technology to solve a political problem, but there is a more effective solution to this. As Vice reports, over 51,000 nuclear warheads have been destroyed globally so far through arms control initiatives that have worked over decades, more effectively than technology.

As China said, while denying the hypersonic missile test that it was testing a reusable space plane that it was willing to develop with other nations, the way forward would be to extend an olive branch and bring other nations to the table as well and work on reducing tensions rather than escalating them.