Should SETI Give Up on Aliens and Look for Cosmic Robots? 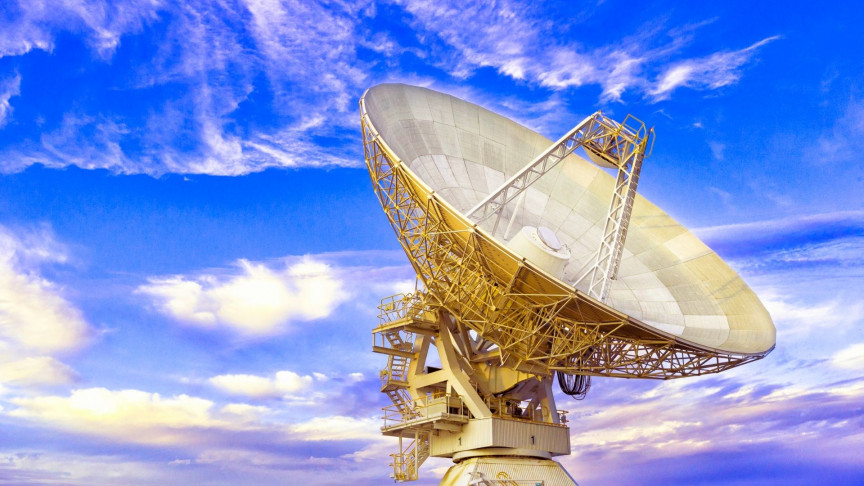 Expecting a direct call from aliens could be naive.

The SETI Institute’s former Chairman thinks we should give up on looking for alien signals that deliberately target the Earth, and instead look for extraterrestrial robotic probes carrying artificial intelligence, linked by a colossal interstellar network of communications nodes, according to a recent study shared on a preprint server.

After roughly 60 years of “listening” for alien signals, some might argue we haven’t waited long enough, by a margin of 3,000 years. But the recent passage of out-of-this-world bodies to our solar system like ‘Oumuamua has sparked interest in the potential of alien probes, lending credence to the study.

“For more than 60 years, the predominant SETI search paradigm has entailed the observation of stars in an effort to detect alien electromagnetic signals that deliberately target Earth,” wrote John Gertz, the president of the Foundation for Investing in Research on SETI Science and Technology, who is also former chair of the Board of the SETI Institute, in the preprint study. It goes without saying that detecting alien signals is an especially difficult task for humans on Earth, but Gertz thinks it could be even harder for hypothetical aliens trying to dial in to planet Earth, so to speak. “Astronomical, physiological, psychological, and intellectual problems” abound the other side of the SETI question, which is why Gertz thinks an alien civilization is more “likely to attempt a different strategy” in attempts to contact our world.

“It will send physical AI robotic probes that would be linked together by a vast interstellar network of communications nodes,” wrote Gertz in the preprint. “This strategy would solve most or all problems associated with interstellar signaling.” According to the study, most of SETI’s observation time involved pointing optical or radio telescopes at singular or multiple stars within one field of view, with expectations to detect electromagnetic (EM) signals that alien civilizations have intentionally transmitted in our direction. Notably, this also accounts for signals meant for someone or something else in our mutual line of sight.

Interstellar communication nodes might be simpler than a ‘turnkey invitation signal’

“EM Transmissions could be without content, perhaps signifying an invitation to a dialogue, or alternatively, they might be information rich,” wrote Gertz in the study. The latter case would be something like the fictional alien signal in the novel “Contact” by the late astronomer Carl Sagan, which was later famously adapted into the film. In it, a broadcast of the Olympics from Hitler’s Germany was picked up by an alien intelligence, and sent back but coded with rich information about how to build a strange, wormhole-generating means of transporting humans across vast interstellar distances. That’s effectively asking for a turnkey invitation into a galactic community, which is a big ask.

Harvard astronomers think that because of the vast distances involved, alien civilizations wouldn’t reply to signals from Earth for 3,000 years. This would really raise the difficulty in two-way communications. “Although much has been written about ET’s possible motivations in transmitting signals, little sustained thought has been devoted to looking at the challenges ET would face in attempting to communicate with an unknown civilization” like our via EM signals. The study argues that the complex challenges would be so overwhelming, in addition to potentially dangerous (think: Stephen Hawking’s warning about malevolent aliens), that an alien civilization “would turn instead to physical probes as their only viable option for the initiation of interstellar two-way communication.”

There’s much more to consider about the study from Gertz, in addition to its ramifications for the SETI project in the rapidly changing industries of space travel, astronomy, and their relation to commercial stakes. But the conversation about how aliens might communicate with us will naturally evolve as our understanding of the technological, societal, and even psychological challenges involved in sending interstellar signals grows, which makes this conversation necessary. After all, we’ve already considered sending tiny probes to worlds beyond our solar system, and it’s very possible we’ll send better ones equipped with artificial intelligence in the next hundred years. Add another thousand years, and multiply that by how many other alien civilizations may have evolved, and Gertz’s suggestion of a vast network of alien communications nodes could seem more likely than a gift-wrapped signal sent specifically for Earthlings.