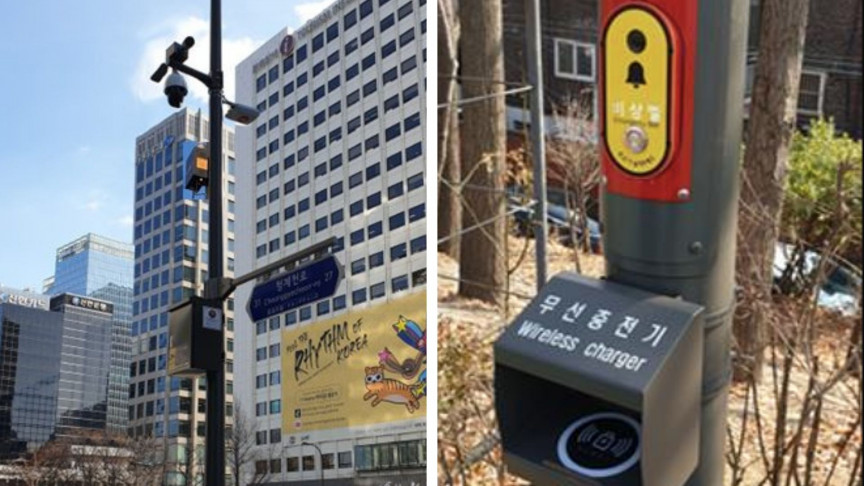 Amongst the implementors of such a technology is Seoul Metropolitan Government (SMG), which announced last year that it would install new ‘smart poles’, or S-Poles, that act as streetlights, traffic lights, environmental sensors, smartphone chargers, Wi-Fi access points, CCTV, and more.

As a Cities Today report explains, the city of Seoul, South Korea, has already installed twenty-six smart poles in six areas of the city. Each pole’s function is customized to the requirements of its specific location.

SMG is piloting a version of the S-Pole system, which is also able to charge drones and electric vehicles as well as count the footfall of nearby pedestrians.

The project, which is in the planning stage, would use drones to monitor potential disasters and provide data for emergency rescue teams.

The new smart poles will essentially carry out a large number of functions and are being designed to replace several traditional city technologies in the future.

“These S-Poles are expected to improve urban landscapes and enhance the safety, welfare, and convenience for our Seoul citizens. They will also serve as charging stations for drones and electric vehicles, bringing the city one step closer to becoming a smart city.”

The project is part of a global shift towards multipurpose street infrastructure, as cities, vehicles, and citizens become more connected. Essentially, this trend is part of an initiative to make the cities of the future less cluttered amidst the surge in new technologies — further examples include smart bins, ground-level traffic lights, and 5G poles that are hidden in plain sight.