Senegal Construction Firms Turn to Earth in Lieu of Cement 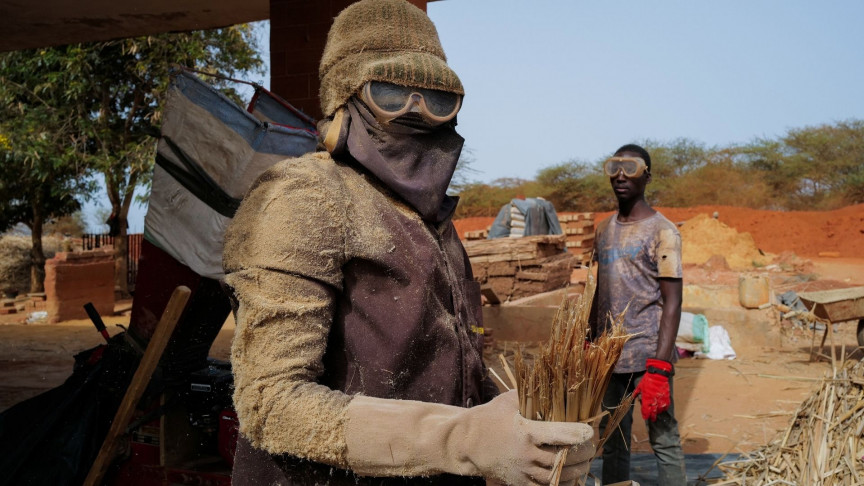 Earth has been one of the most popular building materials used throughout the world over the centuries. However, as innovation and technology keep improving, concrete and steel have typically taken over the construction sector. With this shift, traditional, and sometimes economic and environmental choices take less precedence.

However, there are some companies around the world that are reviving regional or traditional methods of using earth as a building block for construction. One such company is Elementerre in Senegal, which creates earth bricks.

Elementerre takes soil that it mixes with smaller amounts of cement and water than regular bricks use, this mixture is then cut into blocks, compressed manually, and is left to dry for 21 days, as Reuters reports.

The Senegalese company kickstarted ten years ago, but it’s only recently that its earth bricks have gathered more traction, explained Elementerre’s founder, Doudou Deme, to Reuters.

Architectural firms that focus on bioclimatic design like Worofila in Senegal are turning to Deme’s earth bricks for their local constructions and designs because they offer a solution for potentially reducing energy consumption and pollution from cement factories. They also pull a nostalgic heartstring to the past, and how their ancestors’ homes were built.

These earth bricks are not only more environmentally friendly to make than regular cement bricks, but they also keep buildings cooler because of their natural way of regulating heat. In countries like Senegal, where summer temperatures can soar up to 100 degrees Fahrenheit (38 degrees Celcius), this type of material hugely helps minimize air conditioning usage (thus energy usage), and keeps houses naturally cool.

These types of compressed soil bricks aren’t anything new, as they’ve been used from the U.S. to Nepal, Japan, and Senegal. However, as they require more time to set, many construction companies aren’t chomping at the bit at using them (so far, anyway).

To counter pollution created by cement bricks, which Reuters points out creates up to eight percent of carbon dioxide emissions, a number of different kinds of bricks exist today. For instance, one entrepreneur in Kenya is making bricks out of plastic waste to tackle the pollution issue in the country, and a team of researchers in Spain 3D-printed bricks out of recycled plastic.