Semiconductor Nanowires Could Double the Efficiency of Solar Cells 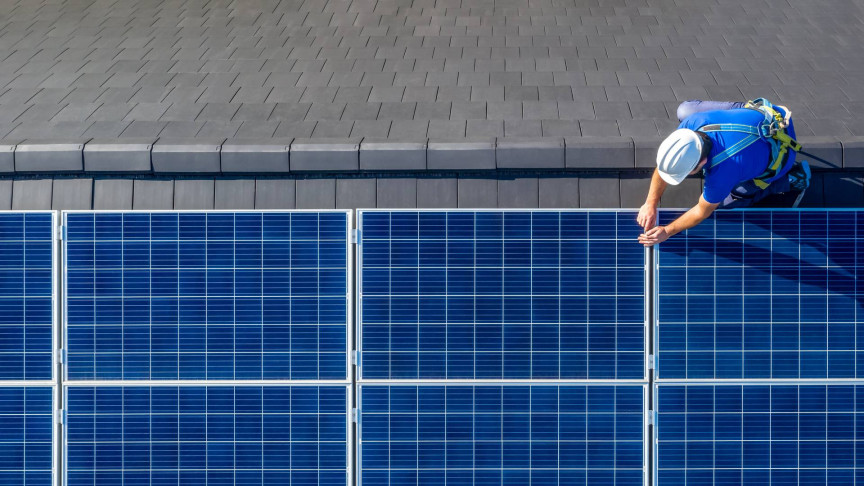 A research group at the Norwegian University of Science and Technology (NTNU) has conceived of a new way to use semiconductor nanowires in order to engineer new solar cells that could potentially double the efficiency of today’s Si solar cells. Better yet, the whole process is very cost-efficient.

“We have a new method of using gallium arsenide (GaAs) material in a very effective way through nanostructuring, so we can make solar cells much more efficient using only a tiny fraction of the material that is normally used,” said in a statement Anjan Mukherjee, a Ph.D. candidate at the Department of Electronic Systems and the main developer of the technique.

Gallium arsenide (GaAs) has long been touted as the best material for making high-efficiency solar cells because of its extraordinary light absorption and electrical characteristics. It has most notably been put to use in space solar panels.

These GaAs solar cells, however, are extremely pricey to produce resulting in a demand for methods that cut down on the material usage. That’s where nanowire structures come in. These elements can potentially enhance solar cell efficiency compared to standard planar solar cells while utilizing less material.

By using GaAs in the nanowire structures, the team of researchers has found a new way to make an ultrahigh power-per-weight ratio solar cell that is more than 10 times more efficient than any other solar cell.

Currently, the researchers grow the nanowires using a method called MBE (molecular beam epitaxy). This process cannot deliver materials in high quantities. However, by using an industrial-scale tool such as MOCVD (metal-organic vapor deposition), the possibilities exist to produce the useful materials in large quantities.

Incorporating these nanowire-based solar cells on top of a Si cell has the power to improve solar cell efficiency to as much as 40 %. The research has been published in ACS Photonics, a journal from the American Chemical Society.