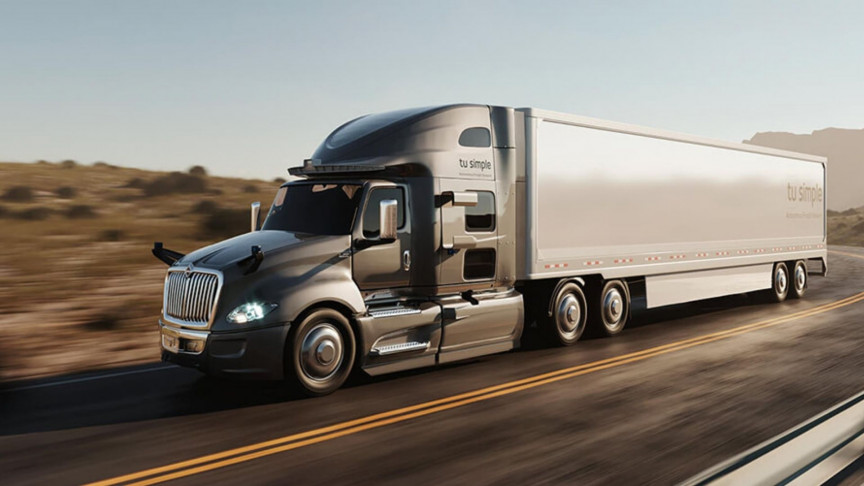 The road to fully autonomous trucks is a long and winding one, but it’s not an impossible one, and it seems to be in closer reach than fully self-driving cars.

Proof of that has come in the form of a self-driving long-haul truck that transported a load of watermelons from Arizona to Oklahoma last month, according to SingularityHub.

The company in charge of the feat was TuSimple, a transportation company focusing on driverless tech for trucks. Eighty percent of the journey, or 950 miles (1,528 km), was driven by the autonomous system, with a human at the wheel for the other 20 percent of the cross-country trip, and at-the-ready to take over the wheel if anything faulted with the technology.

Bearing in mind that heavy-duty trucks move more slowly than cars, have specific parameters around maximum speeds, and truckers have to take regular rest stops not only for food and toilet breaks but also because they are only allowed to drive for 11 hours out of every 14 hours on the road, the trip took roughly 10 hours less than with a human driver at the wheel.

All in all the journey was reduced from approximately 24 hours down to 14 hours and six minutes, reported SingularityHub.

Time is of the essence when delivering fresh goods, like TuSimple’s watermelon-laden truck. By arriving a day earlier, the watermelons go on supermarket shelves sooner after being picked, creating less wastage and improving the customer experience — which would likely make them want to buy more watermelons in the future. So, TuSimple argues that revenue would increase for farmers and merchants.

There is one question that has yet to be answered, though. If self-driving trucks can operate continuously without any breaks but still require a human to be aboard in case of any emergencies or to take up driving on trickier, smaller roads — would they not need to take rest stops too? We’ll have to wait and see what unfolds as driverless trucks pick up more speed on the market.

The other question is: what about jobs? If this type of tech picks up, what will happen to truckers’ jobs? Another question so far left unanswered.

In terms of TuSimple’s autonomous system, it is optimized for highway driving. The company already has 20 or so clients that rely on their semi-autonomous trucks, so they’re well set in line for future fully autonomous customers.

“We believe the food industry is one of many that will greatly benefit from the use of TuSimple’s autonomous trucking technology,” said Jim Mullen, Chief Administrative Officer at TuSimple.

“Given the fact that autonomous trucks can operate nearly continuously without taking a break means fresh produce can be moved from origin to destination faster, resulting in fresher food and less waste.”