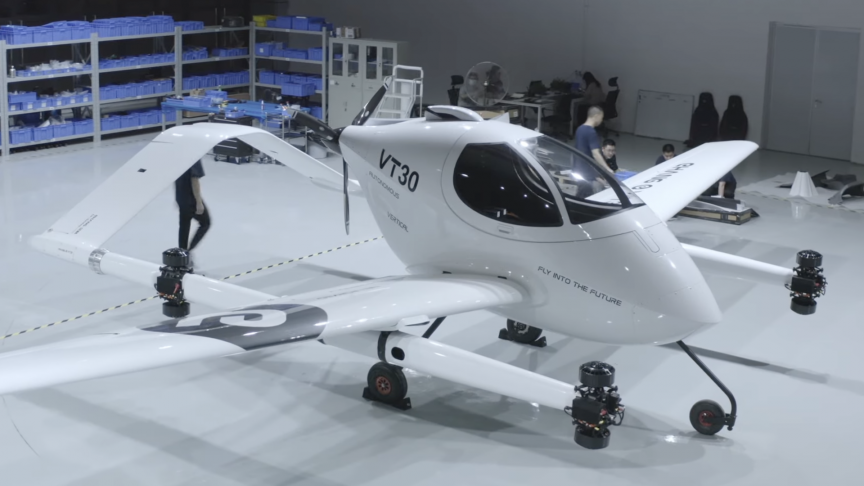 Guangzhou, China-based EHang just announced the cancellation of its “EHang Yunfu Investor Day” due to tightened traveling restrictions due to the pandemic. The flip side to that is that the company has now posted a video of its fully operational production facility for investors and the world to see.

The company, which refers to itself as “the world’s leading autonomous aerial vehicle (“AAV”) technology platform company” in a press release announcing the cancellation, has flown several people inside its eVTOL aircraft in autonomous mode, including its CEO.

The production facility of the future

That progress in crewed flight sets EHang apart from other flying taxi firms, such as Joby Aero Inc. which is still conducting unmanned test flights, and Volocopter, which conducted its first crewed test flight only last month and aims to start providing its services in Paris and Singapore by 2024.

In its new video, EHang’s video shows off the world’s first fully operational eVTOL flying taxi production facility. Machines at the 24,000-sq-ft (2,230-sq-m) factory in Yunfu are seen churning out the pieces needed to build EHang’s autonomous 216 flying taxis and their inter-city VT30 aircraft, both of which are two-seaters. The video (which can be viewed below) gives a tantalizing glimpse at the manufacturing plant of the future, as flying taxi bodywork is painted, wings are fitted, and propulsion systems are tested, amongst other eVTOL manufacturing processes.

The early flying taxi industry has echoes of the space race

Last year, EHang announced that it was partnering with local governments in Spain and in Norway to test its all-electric flying taxi technologies as well as releasing a 440-pound (200 kg) payload delivery drone. The company aims to build a large global presence and is being aided by the Chinese government, which has given EHang a certain amount of leeway when it comes to testing its systems, in a bid to help the country further bolster its position as the world leader in drone technologies.

As New Atlas points out, there are similarities between the Russia-US space race and the current battle for eVTOL dominance. The US military, uncomfortable with the idea of hundreds of China-made drones, with autonomous camera systems attached, flying through the sky, has started the Agility Prime program aimed at providing early funding and testing opportunities for American eVTOL firms.

Of course, every company, whether they’re from the US, China, or Germany, will have to be fully FAA/EASA certified before it can assert its dominance in the global flying taxi market. In any case, EHang’s latest video shows us that we are incredibly close to seeing the air taxi revolution take flight.