Scientists Want to Block Out the Sun. Should We? Is it Even Possible? 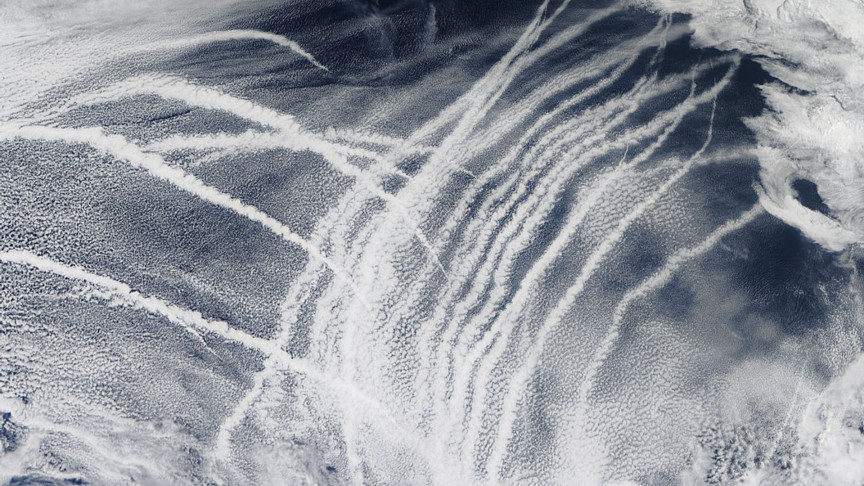 Scientists are seriously considering blocking out the Sun. To be more precise, they want to reflect a fraction of the sunlight that reaches Earth back out into the Solar System via a method called solar geoengineering.

According to a March report by U.S. National Academies of Sciences, Engineering, and Medicine (NASEM), more investment should go into researching the potential benefits of solar geoengineering. Caution is advised, however, as the method has the potential to worsen the problem it aims to alleviate.

Though solar geoengineering could reduce the effects of global warming, it is a controversial method, seen by some as a potentially disastrous process that could blot out the sky and send us diving headfirst into a dystopian reality. Others believe the IPCC’s latest report — dubbed “code red for humanity” by UN Secretary-General António Guterres — calls for drastic action and innovative solutions, and that we simply must pursue all of the tools at our disposal.

Can we afford to ignore solar geoengineering?

The latest models predict that, without extraordinary measures, global temperatures could exceed 4 °C over preindustrial measures by the end of the century, meaning the 2015 Paris Agreement — which aims to keep the rise below 2 °C — will have been an indisputable failure.

“Anyone who read the latest IPCC report on Climate Change will have to agree that we are either extremely close, or already over the point of no return in terms of keeping global temperature increases to below 2 °C vs pre-industrial levels, which might trigger catastrophic cycles of events,” Robert Laswell, editor for renewable energy firm Semprius told us in an email exchange. “That means that nothing should be off the table.” Laswell claimed that research into solar geoengineering, “from ocean sulfur cycle enhancement to stratospheric aerosol injection need to start getting significant funding now,” before these become “a last resort option when it’s already too late.”

This is the same thinking behind the NASEM report, which highlights the importance of research into the method above all. In an interview with Physics Today, Chris Field, an environmental scientist at Stanford University who chaired the NASEM committee behind the report recently said “we are in a critical time for tackling climate change. We know it’s difficult to make societal changes to get to zero greenhouse gas emissions. That difficulty provides a compelling motivation to understand the full portfolio of options.” The consensus among many scientists seems to be that we simply cannot afford to ignore the potential benefits of solar geoengineering.

The risks of solar geoengineering may far outweigh the rewards

The catch — and it’s a big one — is that there are great potential risks associated with blocking out a portion of the sunlight that reaches us from the center of our Solar System. The Union of Concerned Scientists (UCS), for example, highlights the risk of “moral hazard” — the danger that solar geoengineering could be used as an excuse to slow CO2 emissions reductions, meaning it would fail to stamp out the root cause of climate change.

“Calling for solar geoengineering is an increasingly desperate and lame excuse to prop up the failing fossil fuel industry,” Joshua M. Pearce, Ph.D. of Western University told us in an interview. According to Pearce, “we do not need solar geoengineering to mitigate climate change, we simply need to get out of the way and let economics run its course. Today solar photovoltaic technology is the fastest growing and least expensive method to produce electricity. Coal-fired electricity is no longer economically competitive, and we have seen one coal bankruptcy after another.”

Pearce, who recently published a study showing it is economic to replace natural gas heating with a combination of solar power and heat pump systems, said the “electrification of transport and heating with renewable energy taking over the electric markets will solve our climate challenges without resorting to solar geoengineering. It is time we stopped trying to prop up antiquated fossil fuel technologies and instead accelerate their demise.”

Crucially, we also know exceedingly little about how a sustained solar geoengineering drive could impact regional weather patterns — most research so far is limited to observations on the impact of volcanic eruptions on the environment. Millions could be invested into testing the viability of the method, only for scientists to conclude that it can not safely be deployed at an impactful scale.

Several methods for blocking out the Sun are in development

In January this year, we reported that Bill Gates backed a proposal by Harvard scientists to conduct an experiment testing the viability of SAI. The scientists behind the experiment, called the Stratospheric Controlled Perturbation Experiment (SCoPEx), postponed a test flight scheduled for this year citing an outcry from environmentalists. If it does eventually go ahead, the experiment will cost approximately $20 million and it aims to release roughly 2 Kg of chemicals, including sulfates and calcium carbonate, into the stratosphere. Last month, researchers from Australia announced that they will test a form of marine cloud brightening to help reduce the coral bleaching of the Great Barrier Reef, which is caused by increasing heat stress in the region. Despite the warnings against solar geoengineering, several scientists and companies continue to make proposals as the Earth continues to reach record-breaking temperatures.