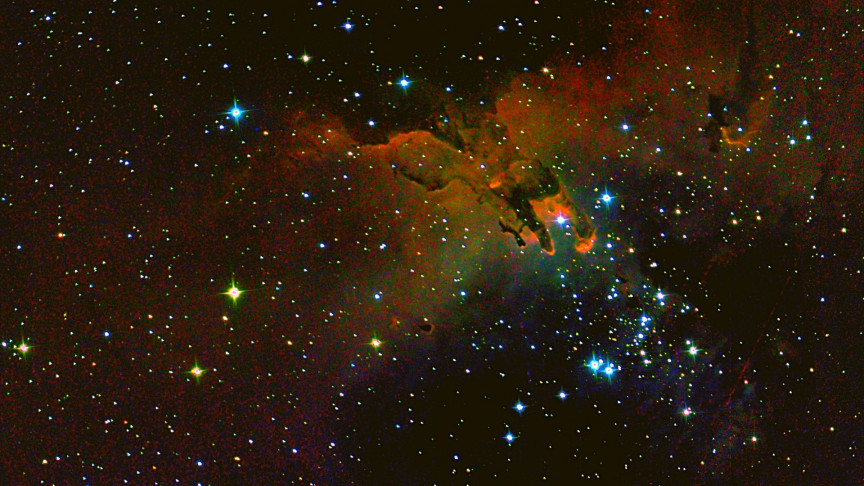 A new kind of astronomical telescope is on the horizon.

Called SuperBIT, the new telescope is designed to fly above 99.5% of the Earth’s atmosphere, lofted via a football stadium-sized helium balloon, according to a virtual Tuesday presentation at the RAS National Astronomy Meeting (NAM 2021), which was shared with IE under embargo.

Crucially, once it’s launched in April 2021, this balloon-lofted telescope could outperform the Hubble Space Telescope.

The balloon telescope can capture images with the sharpness of Hubble

The new telescope comes as a joint project between NASA, the Canadian Space Agency, and Toronto, Princeton, and Durham Universities, according to the embargoed release. It will make its operational debut in April 2022, and, once it’s deployed, will return high-resolution images comparable to those of the recently-imperiled Hubble Space Telescope.

Light from incredibly far galaxies can take billions of years to reach human telescopes on or in orbit of Earth. But in the final fraction of a second, all light that drives through the Earth’s dynamic atmosphere becomes blurred. This is why Earth-bound observatories are constructed atop summits and high altitudes, to reduce the atmospheric disruption of light as much as possible. But to truly eliminate the atmospheric effect on light, until now we’ve had to launch telescopes into space. This was the case for Hubble, just as it will be for the James Webb Space Telescope, the latter of which is slated for launch later this year.

However, a new technique will see the Superpressure Balloon-borne Imaging Telescope (also called SuperBIT) lofted high in the sky, equipped with a mirror of 1.6-ft (0.5-m) diameter, at altitudes of nearly 25 miles (40 km) via a 532,000 cubic-meter helium balloon. This is roughly the size of an entire football stadium. The telescope’s final test flight happened in 2019, and confirmed an exceptional capacity for pointing stability, with a variation of less than one thirty-six thousandth of a degree, for more than an hour. This means the telescope can capture images with sharpness comparable to images from the Hubble Space Telescope.

Needless to say, no one has lifted such a telescope into the upper atmosphere with a gigantic helium balloon, not only because it’s hard, but also because previous designs could only hope to maintain the requisite altitude for a handful of nights. But a new design from NASA, called “superpressure” balloons, can retain helium for months. Months! With this new design, SuperBIT is slated to launch with the next long-duration balloon, from Wanaka, in New Zealand, in April 2021. Once it’s unconscionably high, the balloon-lofted telescope will circle the world multiple times, imaging the entire night sky before recharging its solar batteries in the blinding light of high-altitude daylight.

The budget for constructing and operating the first SuperBIT telescope at roughly $5 million, this science mission is already nearly 1,000 times cheaper than comparable satellite missions. In case you missed it, balloons are less expensive than rocket fuel, and, since returning it to the surface is much simpler, payloads were relaunched easily after the design was tweaked and enhanced through the course of test flights. “New balloon technology makes visiting space cheap, easy, and environmentally friendly,” said Mohamed Shaaban, a doctoral student at the University of Toronto, in the embargoed release. “SuperBIT can be continually reconfigured and upgraded, but its first mission will watch the largest particle accelerators in the universe: collisions between clusters of galaxies.” There’s much to admire in the exploration of space, and in the next few years, NASA and partners are proving it can be done without billions of dollars of investment.