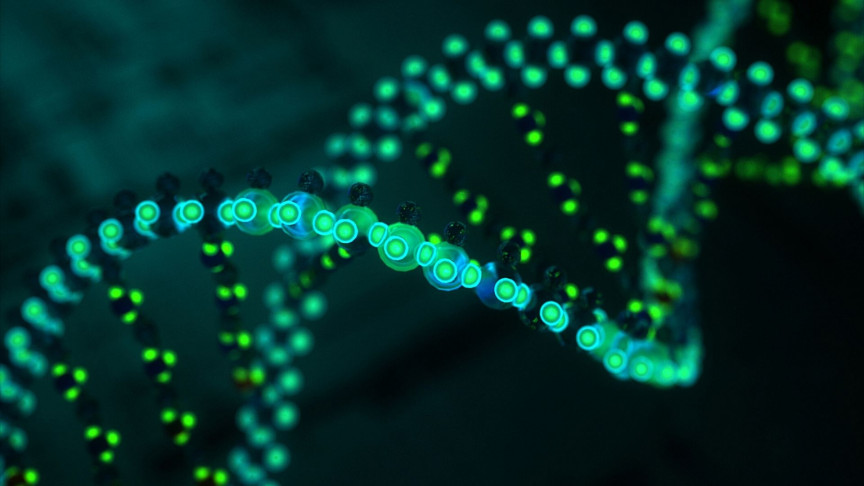 Scientists have devised a method for storing data that is unlikely to become obsolete and antiquated like the floppy discs and CD’s of yesteryear any time soon.

Researchers from Columbia University recently added to the growing field of DNA data storage by writing data into the DNA of living bacteria, a Science report explains.

“This work establishes a direct digital-to-biological data storage framework and advances our capacity for information exchange between silicon and carbon-based entities,” the team wrote in their paper in the journal Nature Chemical Biology.

In order to store digital data inside DNA, a DNA synthesizer is required to convert the binary data format of zeros and ones into organic code. This is done by arranging combinations of the molecule’s four bases — adenine, guanine, cytosine, and thymine.

This method does pose a number of problems. Amongst these are the fact that the longer the code, the less accurate the work of the synthesizer. Researchers have so far worked around this by breaking up the code into chunks that then have to be pieced together by DNA sequencers.

Synthesizing data for DNA storage is also an incredibly costly practice — prices can reach up to $3500 for synthesizing 1 megabit of information. Another problem is the fact that DNA degrades over time, meaning that the data storage doesn’t last forever.

Studying the benefits of storing DNA data in living organisms

In a bid to find a solution, the Columbia University researchers tried to figure out if DNA data storage could be performed with living organisms.

They found that by storing data in a living organism it did, indeed, last much longer. Not only that, it could also be passed on to the organism’s offspring, adding even greater longevity.

The team, led by Columbia’s Harris Wang, worked on the living organism DNA study over the last two years. In their most recently publicized development, the team was able to encode 72 bits of data into a population of bacterial cell to write the words “Hello world!”.

The researchers used the gene-editing technique CRISPR to splice and edit new sequences into DNA so that they could store the data in the active genes.

We are living representations of the power of DNA storage

Of course, 72 bits is a paltry amount of data, though it is a start. “We’re not going to compete with the current memory storage systems,” Wang told Science.

The Columbia team does also has to find a way around the problem of data surviving mutations and replications of the bacteria’s DNA.

Still, scientists in the field argue that DNA storage is a worthwhile pursuit. Each one of us is, after all, a living representation of the data storage and computational power of DNA computing.

What’s more, over 10 trillion DNA molecules can be squeezed into a single cubic centimeter. So, in theory, a cubic centimeter of material could perform 10 trillion calculations at once and hold a staggering 10 terabytes of data — orders of magnitude more information than can be stored on the equivalent space in today’s computers.

One of the researchers, James Tuck, said the technology makes it “much more feasible to develop DNA data management technologies that are viable in real-world scenarios.”

Though the Columbia University researchers’ work is undeniably an early step in the new field of DNA storage, the promise is certainly there. By utilizing CRISPR gene editing, researchers may be able to unlock an enormously powerful new form of computing that rivals or even betters the much-hyped quantum computing revolution.