Scientists Might Send Bacteria to Mars to Produce Fuel 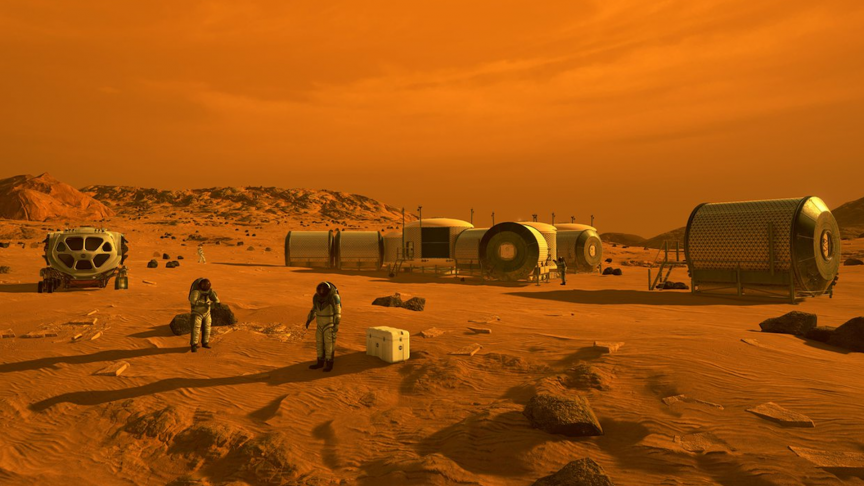 If we are to send humans to Mars, we will most likely need to produce fuel off-planet.

Scientists from the Georgia Institute of Technology want to ship bacteria to Mars to produce rocket propellant and liquid oxygen on the red planet. This would then be used to power a crewed spacecraft’s journey back home, massively reducing the cost of transporting the fuel from Earth, a press statement reveals.

The organization explains that a crewed Mars Ascent Vehicle (MAV) weighing roughly 500 kg (1,100 lb) will require approximately 30 tonnes of methane and liquid oxygen to launch it into orbit. With current technologies, liquid oxygen can be produced on Mars, though the methane would have to be transported from Earth. Due to the weight of the payload, the journey to Mars would cost an eye-watering $8 billion.

That’s why the Georgia Tech team, led by Nick Kruyer, developed their method, which uses cyanobacteria and genetically engineered E. coli to produce an alternative fuel called 2,3-butanediol (CH3CHOH)2. The process, outlined in a new paper published in the journal Nature, is capable of producing the propellant required, as well as 44 tonnes of extra oxygen that could be used for other purposes, such as providing breathable air for future Mars habitats.

The Georgia Tech method requires a series of missions to launch to Mars ahead of any future astronaut mission to the red planet. These would send samples of the microorganisms as well as the materials required to install photobioreactors occupying the equivalent space of four American football fields. The cyanobacteria are exposed to sunlight and carbon dioxide in the photobioreactors, after which is treated with enzymes so that it breaks down into sugars. These sugars are then fed to the E. coli to produce the 2,3-butanediol and oxygen, both of which are then separated using advanced extraction methods.

The researchers say their calculations show that this method is 32 percent more efficient than a proposed method for producing oxygen via chemical catalysis and the transportation of methane to the red planet. However, they do also note that their method is currently three times heavier.

The Georgia Tech team also points out that it needs to carry out more research on the effects of high ultraviolet levels, such as those seen on Mars, on cyanobacteria. Next, they aim to improve their method by making the process even more efficient and the required equipment lighter and smaller.

There’s been plenty of discussion on the possibility of humans contaminating Mars with Earth bacteria, and even of the possible dangers of Mars rock samples containing microbes that could be dangerous here on Earth — last month, the Mars Perseverance rover team highlighted the methods it will use to ensure any Mars samples are carefully sealed before returning to Earth.

So it’s interesting to see researchers proposing a method that involves shipping large amounts of bacteria to the red planet. If it prevents mission costs from being prohibitively high, then it is arguably worth the relatively low risk of altering the red planet’s surface in any meaningful way before we get there.