Scientists Made Music From the Structure of a Spider Web 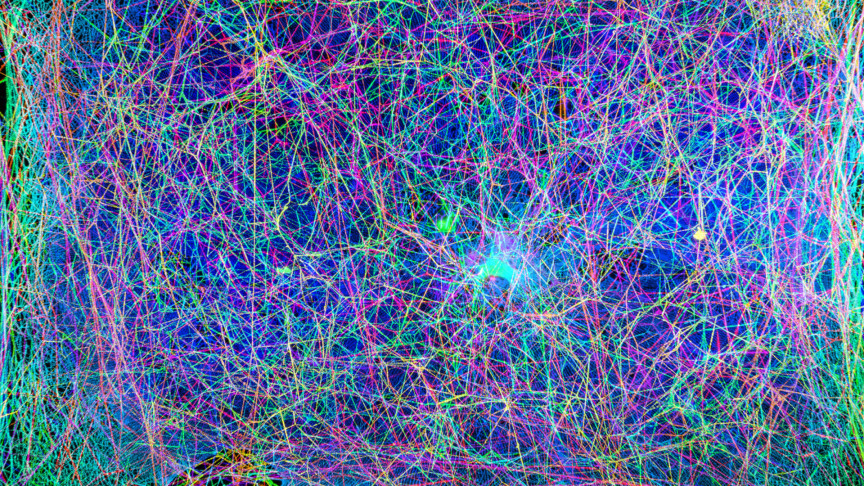 Even the mere image of a tiny spider’s masterful webs can make one dream of using them like the strings of a harp — sounds trippy, but it fits the bill. In a new study that focuses on joining music, a spider’s web, and technology, researchers have translated the structure of a web into music, according to a press release by ACS.

It is no secret that spiders are incredible web spinners: They can single-handedly weave strands of silk into intricate 3D webs in no time. “The spider lives in an environment of vibrating strings,” explains Markus Buehler, Ph.D., the project’s principal investigator. “They don’t see very well, so they sense their world through vibrations, which have different frequencies.”

Whenever the spider stretches a silk strand or the wind moves through the web, the said vibrations occur, and as someone with a deep interest in music, this fact made Buehler wonder whether he could extract rhythms and melodies from the spider webs, stating they could be “a new source for musical inspiration that is very different from the usual human experience.”

To do so, the researchers, Buehler and colleagues at the Massachusetts Institute of Technology (MIT), together with collaborator Tomás Saraceno at Studio Tomás Saraceno, scanned a spider web with a laser to capture 2D cross-sections. Then, computer algorithms were used to reconstruct the web’s 3D network.

As the next step, various frequencies of sound was assigned to strands of the web, thus creating “notes” that, when combined, create melodies based on the web’s structure. Afterward, a harp-like instrument was created to play the “spider web music”. They also made a virtual reality setup that allowed people to see and take a listen inside the web.

Moreover, to learn more about the web building process of the spiders, the construction process was also scanned and each stage was transformed into music. “The sounds our harp-like instrument makes change during the process, reflecting the way the spider builds the web,” Buehler said. “So, we can explore the temporal sequence of how the web is being constructed in audible form. The spider’s way of ‘printing’ the web is remarkable because no support material is used, as is often needed in current 3D printing methods.”

In another experiment, the researchers examined the sound changes inside the web when confronted with forces such as stretching.

This study, not only sounds pleasant to the ear, but also could see possible utilization in building 3D printers that build complex microelectronics and across-species communication.