Scientists Find New Dinosaur in Mexico That ‘Talked’ a Lot 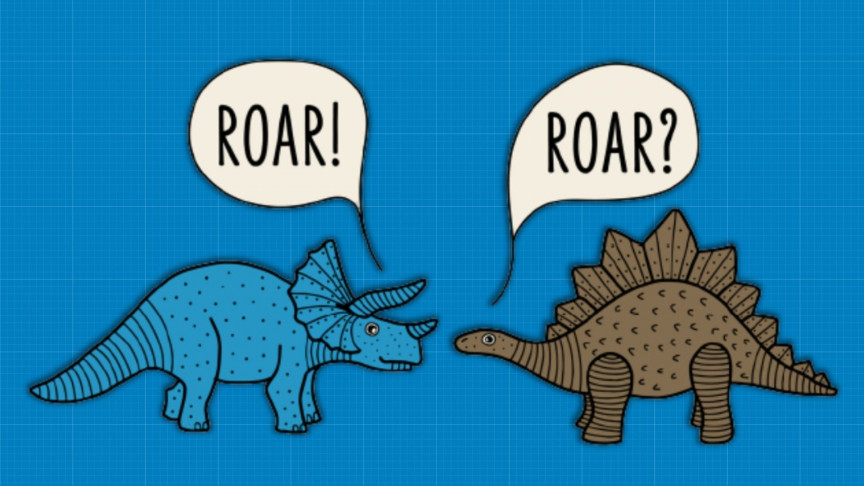 A new species of dinosaur that was very communicative was discovered in northern Mexico.

The new dinosaur, which the paleontologists who discovered it called Tlatolophus galorum, most likely died some 72 million years ago, and used low frequency sounds to communicate over long distances.

The dinosaurs in question also likely sported bright red crests, reported the researchers, so the chosen name Tlatolophus, they explain, derives from tlahtolli, which means “word” in the Nahuatl language, and lophus, which means crest in Greek.

The discovery was made by paleontologists at the National Institute of Anthropology and History (INAH), who announced their discovery (in Spanish) on Thursday, May 13, the institution of the Secretary of Culture, and researchers at the National Autonomous University of Mexica (UNAM). Their findings were published in the journal Cretaceous Research.

What the paleontologists discovered about the dinosaur

Initially, the team found the dinosaur’s tail before it laid its hands on the skull, as well as other bones, such as the shoulder, and the femur.

The investigation into the dinosaur’s past is still underway, but so far the team has calculated the dino’s size to be approximately 26 to 39-feet long (eight to 12 meters), as its tail was around 19.6-feet long (six meters).

The team also deduced that this herbivore dinosaur species likely communicated a lot, and was more peaceful than harmful. The researchers also believe that it likely communicated by using low frequency sounds, like elephants. These sounds would be so low that the human ear wouldn’t be able to pick them up.

However, that doesn’t mean these Tlatolophus galorum wouldn’t be able to also emit loud sounds to ward off predators, noted the team.

The team also believes these dinosaurs would have seen in color, hence they most likely had bright red crests — something we see in many birds today.

Why this research is important

This type of research is not only important for paleontologists looking to better understand what roamed our Earth millions of years ago, but it also gives us a better idea of what our planet looked like back then.

In the Tlatolophus galorum’s case, the researchers were able to gain a better understanding of what the region in which it was discovered looked like in the past. The area in question, Coahuila, was likely a tropical region, deduced the paleontologists because the species’ remains were so well preserved over millennia. These remains were quickly covered by earth — pointing towards a wet region that would have quickly covered up anything with sediment.

A National Geographic report from 2018 also pointed out that new species of dinosaurs keep being found year on year, in fact, more and more new species are being uncovered, and it’s in large part thanks to new technology.

Thanks to new tech, scientists can use scans to understand more about these fossils and figure out what these fascinating creatures might have looked like, and moved like.