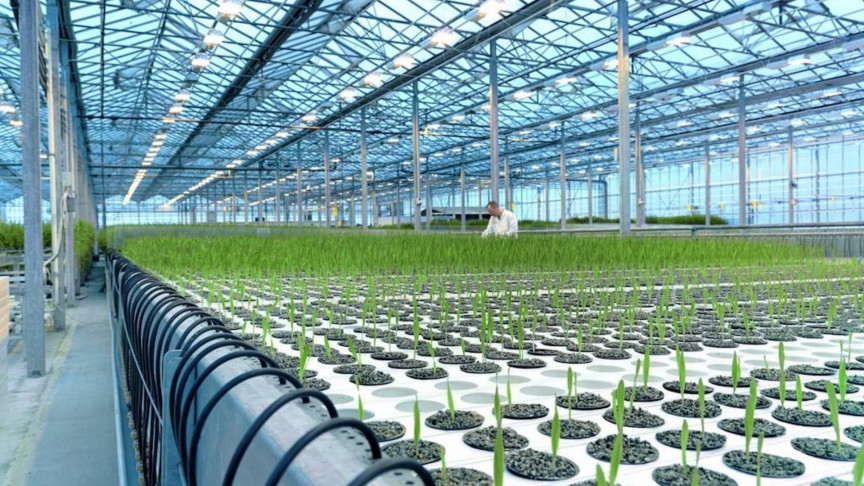 This cutting-edge approach has the potential to lower prices, eliminate reliance on live animals in the lab-grown meat sector, and speed up the scaling-up process, according to BBC. And, with the fact that meat accounts for nearly 60 percent of all greenhouse gases from food production in mind, such a development could have far-reaching implications in the fight against climate change.

From barley to meat

But how does barley go from plant to meat? It’s all about growth factors, which are proteins that stimulate the growth of tissues, muscle, and fat cells.

ORF Genetics’ greenhouse is equipped with a volcanic pumice-based hydroponic system that can support up to 130,000 barley plants at a time. The seeds from altered barley, which are grown using high-tech hydroponic cultivation methods, get harvested and purified to extract the growth factor proteins, which can then be used to generate lab-grown meat.

These growth factors play an important role in the maintenance of stem cells, and for example, the company released a skincare product making use of them in 2010, and it’s not entering the lab-grown meat market with its bio-risk-free growth factors called MESOkine.

MESOkine is a barley seed extract, containing the purified recombinant growth factor along with selected barley seed proteins that is touted as a “novel, cost-effective, and very scalable production technology” when compared to conventional growth factor sources.

It’s true that the cost of creating cell-based meats has decreased over time. For example, a Chinese biotech startup recently unveiled its lab-grown pork, with the goal of achieving cost parity with traditionally obtained pork by 2025. Still, growth factors are still a costly ingredient that stands in the way of widespread manufacture and commercialization, and MESOkine could perhaps change that.