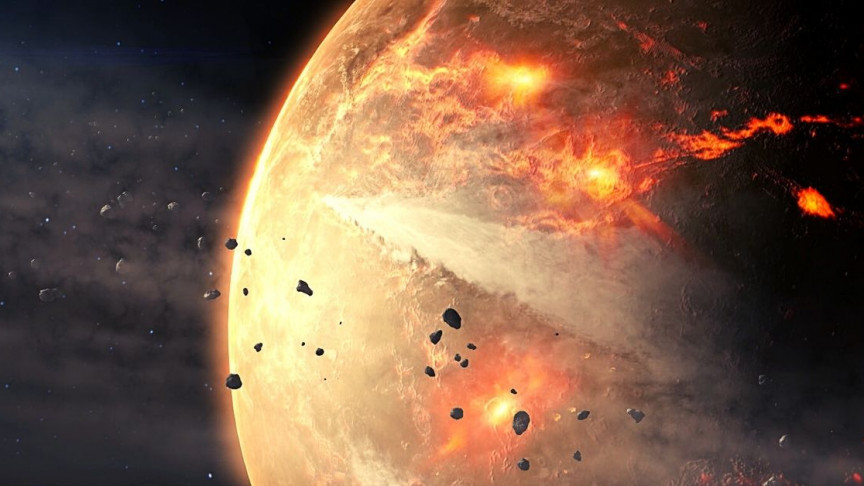 A team of scientists is building the technology — in the form of high-precision timers — to help avoid a nightmare scenario: a wayward asteroid plowing into the surface of the Earth and endangering the human race, according to an initial report from AFP.

This is purely precautionary, but some might say the danger is ever-present.

RELATED: WHAT IS THE PROBABILITY OF A HUGE CIVILIZATION-ENDING ASTEROID IMPACT?

The new timers — which are already tracking satellites — are hand-crafted within the lab of Latvian start-up Eventech.

This year, Eventech won a contract with the European Space Agency (ESA) to develop timers capable of studying the possibility of redirecting an incoming asteroid before it passes the terminal point of no return.

Similarly, NASA aims to launch the first stage of the Asteroid Impact and Deflection Assessment (AIDA) mission — also called the Double Asteroid Redirection Test (DART) — on July 22, 2021, aboard one of Elon Musk’s Falcon 9 rockets, from SpaceX.

Weighing in at 1,100 lbs (500 kg), the camera-equipped probe will cruise to an asteroid called Didymos, and crash into it — attempting to change the present course that could see it pass close to our little blue planet sometime in the year 2123, Phys.org reports.

Eventech’s deep-space event timers are still in development for the follow-up HERA mission, which is slated for a launch five years after NASA’s mission of cosmic collision, to see if it worked, or not.

Engineer wants to push boundaries of space, not profit margins

“Our new technology that will follow on the second ESA spacecraft named HERA will measure if the first impact steered the kilometer-sized Didymos off its previous course, avoiding harm to humanity,” said Imants Pulkstenis, an Eventech engineer, to AFP.

“It’s much more interesting to boldly go where no man has gone before than to manufacture some mundane consumer electronics for huge profit,” said Pulkstenis as to why he’s doing this, via a lowkey reference to Star Trek, arguably the most famous sci-fi television series from the 1960s.

Eventech’s timers are connected to a larger tradition of space technology in the Baltic state — one reaching back to Soviet times, when Sputnik — the first-ever artificial satellite to make orbit — was launched in 1957.

The timers measure time required for an impulse of light to make the trip to an object in orbit and back.

Notably, Eventech’s devices can capture the measurement down to a picosecond — which is one-trillionth of a second — enabling astronomers to convert measurements of times into distance with up to two millimeters (0.078 inches) of precision.

Roughly 10 of the timers are developed every year, and they’re used in observatories spanning the planet. Typically, they track Earth’s increasingly crowded atmosphere, where more private satellites enter low-Earth orbit every year — edging closer to the flight trajectories of both scientific and military satellites.

“Tracking them all requires tools,” said Pavels Razmajes, Eventech’s chief operations officer. While Latvia only joined the ESA as a full member in 2016, its engineers have tracked satellites since the days of the Soviet Union.

Notably, the University of Latvia has its own satellite laser ranging station nested in a forest south of Riga.

Providing GPS on other planets

Eventech’s collection of engineers said they try to use analog parts wherever possible, since microchips take nanoseconds to accurately pinpoint a signal — too long for incoming measurements on a scale of picoseconds.

The physical length of the motherboard alone can adversely affect how fast the signal may travel from one circuit to the next.

These timers are already used for calculations on Earth, but a different appliance for deep space missions is also under development in the Eventech lab — to track planetary objects from a space probe in motion.

“There is no GPS data coverage available on other planets so you have to take your own precision ranging with you,” said Pulkstenis. This technology could be applied to Elon Musk’s openness to building a satellite network in orbit of Mars, in a bid to provide internet (of all things) to future astronauts.

While developing devices like this for deep space will not be easy, one of Eventech’s engineers loves the idea. “Our updated technology has to withstand extreme temperatures in space and extreme cosmic radiation,” Pulkstenis said. “It’s a fun challenge.”

Luckily, most of the known extinction-sized asteroids have benign orbits — wherein asteroids of widely-ranging sizes flying in and out of the inner solar system regularly. But it’s interesting to know how some of the technology we use to track satellites designed for creature comforts like internet and GPS locators could also be part of the key to evading a grim and sudden end of life as we know it.