Scientists Bioprinted a Pancreas That May End Diabetes 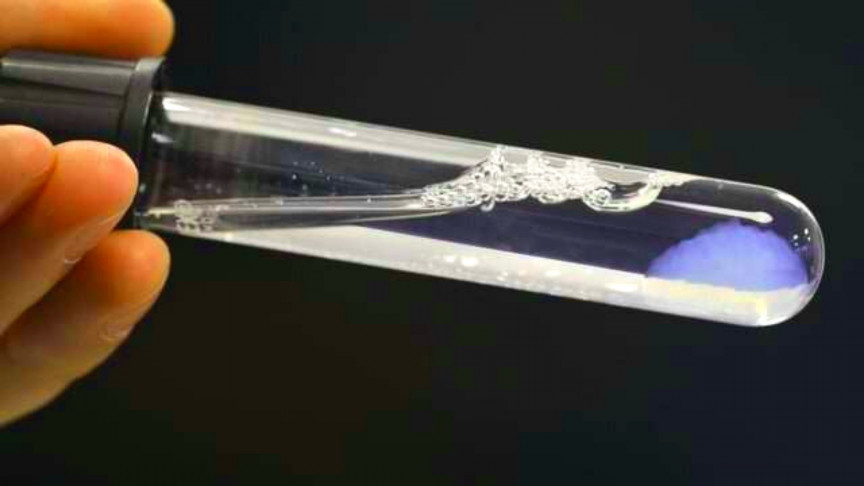 A company recently developed a novel system capable of printing biological tissue in a blindingly fast 30 seconds — creating a possible means of bringing an end to diabetes, according to a blog post shared on the Ecole Polytechnique Federale de Lausanne’s (EPFL’s) official website.

Called Readily3D, the company’s technology has seen widespread use in a large-scale European project to build a living model of the human pancreas — which could also provide a safe alternative for testing new drugs.

One day, bioprinting technology might even provide viable transplant organs.

A bioprinted pancreas could remove the need for animal testing

The design flow of a 3D printed pancreas begins as a transparent shape on a computer screen — engendering a tiny digital replica of the human pancreas. But incredibly, it only takes 30 seconds to print the tissue out of a bioprinter, blood vessels, and all — from a small sample of stem cells. This accomplishment was made possible via the employment of a new technology invented at EPFL’s Laboratory of Applied Photonics Devices (LAPD), and then matured by Readily3D. This technology was recently chosen for the EU-funded Enlight initiative, whose goal involves building a reliable — and living — model of the human pancreas for testing diabetes medications.

The pancreas is a crucial organ lying just behind your stomach. It does a lot of work, like producing bicarbonates and enzymes needed for digestion, and it also secretes a spectrum of hormones like insulin — a critical means of regulating blood sugar levels. This means that when pancreatic disease sets in, diabetes soon follows, since damaged cells are incapable of generating the insulin needed to regulate blood sugar levels.

More than 450 million adults worldwide suffer from diabetes — 60 million of whom live in Europe. Roughly 4.4% of Switzerland’s population self-reported being diagnosed with the illness. And this number is growing, both in Europe and beyond. As the second-leading cause of amputation (from accidents), diabetes raises the risk of having a stroke or heart attack nine-fold. The disease is also the number-one cause of blindness among adults. But with bioprinted pancreases, scientists could rapidly accelerate the diagnosis and treatment of diabetes — an obvious boon to public health.

Bioprinting technology from EPFL employs a biological gel with the patient’s stem cells inside. Scientists and engineers use a laser to solidify the gel via polymerization — controlling the intensity and direction of the beam to selectively solidify portions of the gel needed to shape the necessary tissue. “One of the main advantages of our method is that it can create tissue in a single block, making it particularly useful for printing soft tissue like organs,” said Readily3D’s CTO, Paul Delrot, in a MedicalXpress report.

The benefits are several: a bioprinted pancreas can be totally customized to match a patient’s stem cells — removing the need to conduct animal testing. “What’s more, patients won’t have to try out an array of drugs, some of which may have unpleasant side effects, before finding the right one for them,” said CEO Readily3D Damien Loterie in the report.

“Developing a system that can print 3D tissue at the cubic centimeter scale and faithfully replicate the functioning of a live pancreas is a huge challenge, which we hope to meet with this technology,” explained Head of LAPD Christophe Moser. The institute’s bioprinting technology might also build other types of human tissue — potentially accelerating cancer treatments. Eventually, it could even serve as a way to produce transplant organs, like a human heart. A heart!

It’s important to note that this technology is still in its nascent stages, and a long way from serving to simply replace defunct human organs. But the possibilities arising from not only cutting out animal testing, but trading that in for a near-identical pancreas to the human suffering from diabetes could eventually end the disease forever.